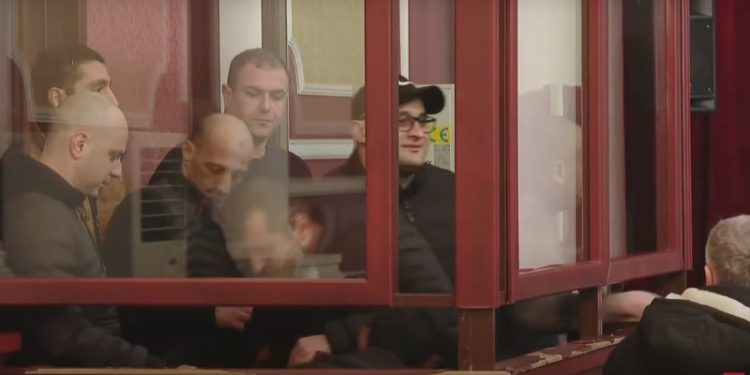 The Tbilisi Court of Appeal found persons accused of physical violence against journalists and cameramen, including TV Pirveli cameraman Lekso Lashkarava, guilty, though all of them have been cleared of charges of organizing the violence.

None of the detainees have admitted their guilt so far.

The announcement of the guilty judgement against those accused of violence against journalists and cameramen in the Tbilisi Court of Appeal was followed by noise from the detainees.

In addition, the family members and relatives of the detainees insulted prosecutors and journalists, and tried to damage journalists’ video cameras.

The situation was defused by employees of the security service.

27 people have been arrested on charges of violent actions committed against media representatives and obstruction of their professional activities on July 5, 2021, on Rustaveli Avenue. The case has 56 victims, including 47 journalists.