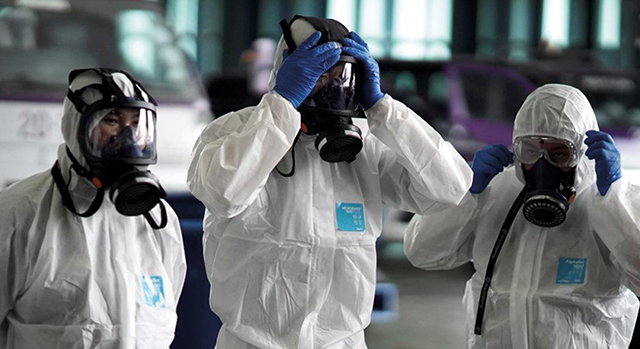 This week it was announced that during the upcoming winter season in Georgia’s mountain resorts, holidaymakers will have to follow certain safety regulations. The Mountain Resorts Development Company states that a maximum of eight people will be allowed in a gondola instead of 10, while open ski lifts will be allowed to function at full load.

The Company notes that tourists must present a “green passport” at mountain resorts in order to use the ski-lifts and hotels, and said the opening of the winter season depends on the weather.

Another important update applies to nightclubs – after a break of almost two years, nightclubs in Georgia will reopen on December 17. Dato Lezhava, a representative of Act4culture, confirmed the information to local media outlet bm.ge.

“Nightclubs will be allowed to open from mid-December,” he said, adding that nightclubs will have to adhere to safety regulations: The covid-pass concept will be in force, with checks carried out at the door; 80% of tickets must be sold online; the ventilation system must meet the requirements; and admission to the facility will be limited to 50% of full capacity.

Compliance with the requirements will be monitored by both the Labor Inspectorate and the initiative group itself.

The clubs have been closed for 21 months due to the pandemic. The club industry has been negotiating with the government for several months now. Pilot parties were held where the virus-positive rate was only 0.5%.

Regarding the epidemiological situation in the country, based on this week’s statistics, based on this week’s been determined in terms of the virus spread and new cases; however, the death toll remains high for a small country like Georgia. Capital Tbilisi remains a hotspot for spreading due to its high population.

Georgia reported 4509 coronavirus cases, 4042 recoveries, and 59 deaths on Tuesday. Tbilisi recorded the highest number of 1871 Covid-19 cases, followed by the Imereti region with 804 cases, and the Shida Kartli region with 366 cases.

The country recorded 3562 new cases, 4145 recoveries and 63 deaths on Thursday, with Tbilisi again recording the highest number, at 1566 cases.

As yet, no case of the new strain Omicron has been detected in the country.

The World Health Organization (WHO) warned Wednesday that governments need to reassess national responses to COVID-19 and speed up vaccination programs to tackle the Omicron variant, although it is too early to say how well existing shots will protect against it.

WHO Regional Director for Europe Dr. Hans Kluge stated that “We need to shift from ‘reaction’ to ‘stabilization’ mode in this crisis” and presented five strategies to achieve this goal.

“Research conducted by WHO/Europe and the European Center for Disease Prevention and Control has found that from December 2020 to November 2021, at least 469,186 lives were directly saved through vaccination.

“This is an overwhelming affirmation of the value of vaccines and science, a testimony to government and healthcare worker commitment, and most of all a great recognition of the public’s acceptance and support in tackling this pandemic,” he added.

The Delta variant remains dominant across Europe and Central Asia, and the COVID-19 vaccines remain effective in reducing severe disease and deaths from coronavirus. However, it is yet to be seen how and whether the latest COVID-19 variant of concern, Omicron, will be more transmissible, or more or less severe.

“Three doses of the Pfizer vaccine are likely to protect against Omicron infection, tests suggest,” wrote The Guardian, whose source reports that “three doses of the Pfizer/BioNTech vaccine are likely to protect against infection with the Omicron variant, but two doses may not, according to laboratory data.” This will increase pressure to speed up booster programs.

“Tests using antibodies in blood samples have given some of the first insights into how far Omicron escapes immunity, showing a stark drop-off in the predicted protection against infection or any type of disease for people who have had two doses. The findings suggest that, for Omicron, Pfizer/BioNTech should now be viewed as a “three-dose vaccine.”

Johnson said it was time to impose stricter measures to prevent a spike of hospitalizations and deaths as the new coronavirus variant spreads rapidly in the community. He added that 568 cases of the Omicron variant have been confirmed across the UK, and “the true number is certain to be much higher.”

The variant’s global spread suggests it could have a major impact on the pandemic, and the time to contain it is now before more Omicron patients are hospitalized, WHO director-general Tedros Adhanom Ghebreyesus said.

“We call on all countries to increase surveillance, testing and sequencing,” he told a media briefing. “Any complacency now will cost lives.”

According to the data provided by Reuters, The Associated Press and CBC News, the situation in various countries currently is as follows:

In Europe, France’s Ile-de-France region — with the capital Paris at its center — said all hospitals are activating an emergency plan due to the strained COVID-19 situation. The plan includes stepping up the number of ICU beds and, if necessary, rescheduling treatments to free up capacities.

Meanwhile, European Union health ministers discussed measures to try to halt the spread of the Omicron variant, with the Netherlands calling for negative tests for incoming travelers from outside the bloc and France urging tests even for those arriving from EU states.

Poland and several other countries in central and eastern Europe are battling their latest surges of coronavirus cases and deaths while continuing to record much lower vaccination rates than in western Europe.

In Russia, more than 1200 people with COVID-19 died every day throughout most of November and for several days in December, and the daily death toll remains over 1100.

Ukraine, which is recording hundreds of virus deaths a day, is emerging from its deadliest period of the pandemic.

In the Americas, the number of Americans fully vaccinated against COVID-19 reached 200 million Wednesday amid a dispiriting holiday-season spike in cases and hospitalizations that has hit even New England, one of the most highly inoculated corners of the country.

Brazil will require that unvaccinated travelers entering the country go on a five-day quarantine followed by a COVID-19 test, after its president said he opposed the use of a vaccine passport.