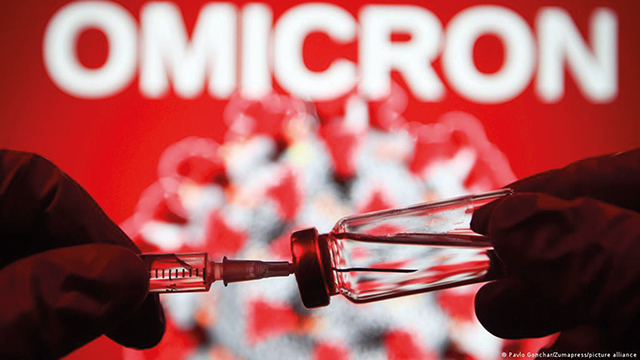 On Monday, December 20, the first two cases of the new Omicron strain were detected in Georgia.
NCDC Head Amiran Gamkrelidze announced that both patients infected with Omicron were Georgian citizens, with one of them having a history of traveling to the US, and the other to Dubai.

“Although Omicron has been detected [in Georgia], I do not expect a rapid deterioration of the epidemic situation, at least until the New Year. Then, if it spreads at the speed it is characterized by, of course, it will become a burden on the healthcare system, but we hope that the majority of cases will be outpatients,” he said, adding that this strain spreads about 3-4 times faster than other strains of coronavirus.

On Wednesday, Deputy Health Minister Tamar Gabunia said that 24 cases of Omicron had been registered in the country so far, mainly characterized by mild or moderate symptoms. Reportedly, all cases of Omicron in Georgia are outpatient and, at the moment, 53 contacts of those confirmed cases are being investigated.

Gabunia also noted that a rapid increase in cases is expected in late January.

To reduce public mobility during the festive season, the government has imposed holidays at public institutions from January 1-10. Similar recommendations have been issued by the Council to the private sector. Holidays have been set for schools from December 28 to January 17.

The new circumstances caused by the viral spread of Omicron have been taken into consideration by the Council, which did not deem it justified to ease any restrictions. As such, the planned reopening of nightclubs was postponed indefinitely.

The Inter-Agency Coordination Council again urged citizens to wear facemasks, practice social distancing, and get actively engaged in the process of vaccination to make sure that no need arises for the nation-wide introduction of tight restrictive measures.

The Statistics
Georgia reported 3282 coronavirus cases, 3 263 recoveries, and 53 deaths on Tuesday. Tbilisi recorded the highest number of 1378 Covid-19 cases, followed by the Imereti region with 532 cases, and the Adjara region with 272 cases.

The Cases Worldwide
Health officials remain concerned regarding the spread of Omicron. Countries across Europe have been tightening restrictions as the heavily mutated variant spreads, the BBC reported this week.

A major incident has been declared in London and more than 10,000 new Omicron cases have been confirmed in the UK, as the variant spreads rapidly across the country. 90,418 new Covid cases were reported in the UK on Saturday, after days of such record highs.

Advisers said indoor mixing was the “biggest risk factor” for the spread of Omicron, and that large gatherings risked creating “multiple spreading events”.

The Netherlands has begun a strict lockdown over Christmas amid concerns over the Omicron coronavirus variant.

Non-essential shops, bars, gyms, hairdressers and other public venues are to remain closed until at least 14 January. Two guests per household will be allowed – four over the holidays. Events are not permitted other than funerals, professional sports matches are to be held with no spectators, and all schools are closed until at least 9 January.

Prime Minister Mark Rutte said the measures were “unavoidable”. The new rules in the Netherlands are the strictest to have been announced over Omicron so far.

South Africa has been at the forefront of the Omicron wave. After hitting a high of nearly 27,000 new cases nationwide last Thursday, the numbers dropped to about 15,424 on Tuesday. In Gauteng province, South Africa’s most populous with 16 million people, including the largest city Johannesburg and the capital, Pretoria, the decrease started earlier and has continued.

WHO Director-General Tedros Adhanom Ghebreyesus said Wednesday that while vaccines have saved many lives this year, their unequal sharing “has cost many lives,” adding that the vast majority of people who are hospitalized or die are unvaccinated.

In the Asia-Pacific region, Australia on Thursday reported a major spike in coronavirus infections, a day after Prime Minister Scott Morrison rejected lockdowns or mask mandates to slow the spread of Omicron.
Japan has found its first suspected instance of community spread infection from the Omicron variant of coronavirus, the governor of the Osaka prefecture said.

In China, one local case has forced the city of Dongxing to order its residents to stay at home, halt public transport and some school classes, and postpone the clearing of travelers and cargo through its port of entry.

In Georgia’s neighboring countries, the situation is most alarming in Russia. Moscow on Thursday confirmed over 3000 new Covid cases, a 60% jump compared to Wednesday.

Russia has detected 41 cases of the Omicron variant of Covid-19 so far, health authorities said Tuesday. 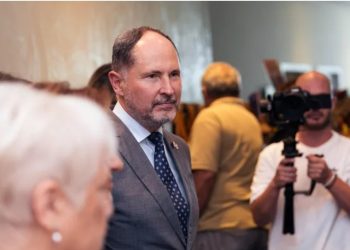