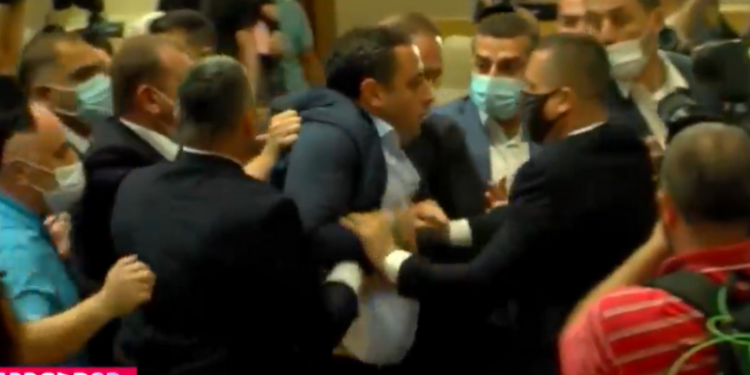 A confrontation took place between Giorgi Vashadze, the leader of “Strategy Builder” and Viktor Japaridze, a member of the majority. After that, Vashadze was expelled from the session hall by the security service.

Representatives of media organizations and civil society, including Vato Tsereteli and Vakho Sanaia, along with some opposition MPs, broke into the session hall.

An extraordinary sitting of the Parliament is scheduled for today. However, the opposition groups claim that they will not allow the majority members to hold the session.

At the same time, media representatives are not allowed to enter the parliament.

As media representatives say, they have a permit, but law enforcers do not allow them to enter the building.