Noise at Entrance of Parliament 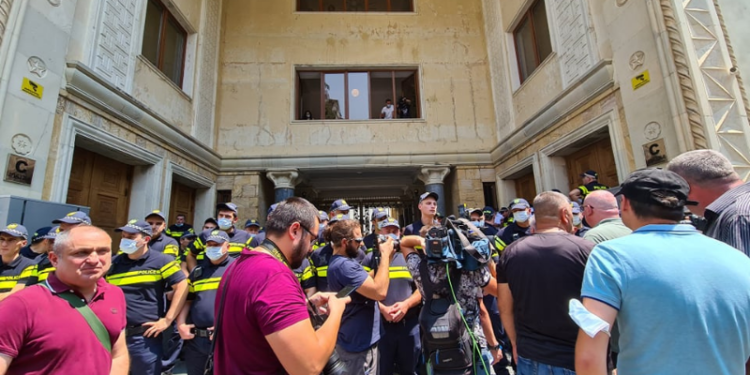 There was noise at the entrance of the Parliament of Georgia. The heads of media organizations were trying to enter the legislature.

As media representatives say, they have a permit, but law enforcers do not allow them to enter the building.

Media representatives noted they want to ask MPs questions about the case of Lekso Lashkarava’s death.

Later, the heads of several media organizations were able to enter the building. The part still remains outside.