Coffey: Western Policymakers Need to Start Thinking about the Possibility of a Ukrainian Victory 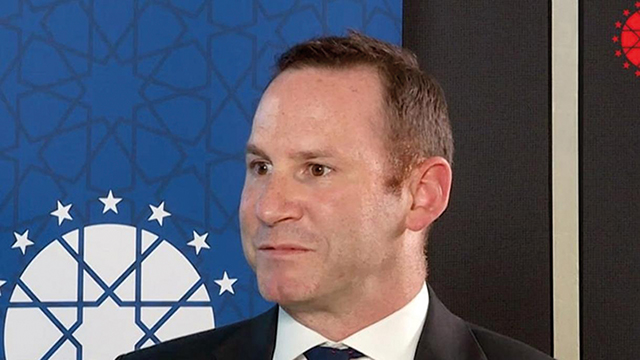 “I think when Zelensky spoke at the Congress, he was trying to speak directly to the American people, above Congress, above the presidency: straight to the American people. And I think it was well received by everyone. The United States has allocated around $13 billion in aid right now to Ukraine, which is three times their annual defense budget. I think he’s also aware of the contribution of other weapons that the US is giving, including these newer tactical UAVs, the so called switchblades. Without Zelensky speaking at Congress the way he did, I doubt this administration would have gone that far,” says Luke Coffey, Director of the Heritage Foundation’s Foreign Policy Center, in an interview with Radio Free Europe’s Georgian service.

According to Coffey, who has researched the post-Soviet space for years, thanks to new supplies of American weapons, Ukraine has gained a tactical advantage over Russia.

So much noise was made about these drones. How much of a game changer can they really be?

I don’t know about a game changer, but they will certainly help Ukraine at the tactical level. Firstly, they are very easy to use. If a soldier can use a smartphone, then they can use this. They’re very accurate, very effective in terms of destroying tanks, artillery, that sort of thing. While it’s not going to be a game changer, it is certainly going to be helpful.

And the fighter jets Ukraine has been literally begging for, the West has gone out of its way to refuse. What’s going on?

Are the arguments the west has given not to give ukraine jets convincing?

Not at all. I mean, we’re happy to give a random Ukrainian soldier a $150,000 stinger missile that can shoot down a fighter jet from his shoulder, but we have a problem giving the Ukrainians a fighter jet? It doesn’t make any sense. I can’t get my head around this argument that one is more provocative than the other. I don’t know what the problem is with Biden on this issue. But I do believe that we are beyond the point of advertising and saying publicly what we are giving the Ukrainians – we should stop doing this. Even with President Biden’s speech. Don’t say we’re giving Ukraine Slovakia’s S300 missiles – just give Ukraine Slovakia’s S300 missiles.

Despite not getting fighter jets, Kyiv does claim that with the equipment they are getting they will be able to close the sky themselves. Is that just military bravado or really feasible?

I think the air space is so contested that it might as well be closed from a Russian point of view. They thought they were going to have air superiority from the beginning, uncontested. The fact that is still contested is an Ukrainian victory. But contested airspace normally means that both sides have advantages. In this case, Russia finds itself at a disadvantage because they believed that they were going to be able to count on uncontested air support, including the quick delivery of soldiers by helicopter. None of this is possible. And the attempts they have made have been devastating for Russia. Every single day Russian jets are shot down.

Whenever stories pop up in the media about neutrality, ask yourself, which country would benefit the most from Ukraine being neutral? When Russians talk about neutrality, they don’t mean neutrality for Ukraine, they mean that Ukraine is under Moscow’s control

So, I think a contested airspace is the best thing Ukraine can realistically push for now. Obviously, the best thing would be no Russian air activity, but that’s not realistic and so I’m against even discussing a no fly zone. It’s a waste of time. It’s never going to happen. People who advocate for a no-fly zone really don’t understand what a no-fly zone is. In order to enforce a no-fly zone, the very first thing you do is take out Russian air defense missiles, which means the US would have to hit targets inside the Russian Federation- S400s with a range where they can be inside the Russian Federation, and cover most of Ukraine. Then we have to be willing to shoot at Russian jets. And then we have to be willing to take a risk about not being able to recover our downed pilots, because the only place where the US and NATO could station search and rescue teams to get to a downed pilot quickly is in western Ukraine, while most of the air activities are happening in eastern Ukraine. And people forget about this. We never do no-fly zones unless we know we can rescue a downed pilot. No-one wants to be a pilot flying over hostile territory, knowing that if they get shot down, they’re stuck.

A rather defiant Lavrov reiterated that Russia considers weapon supply routes in Ukraine as legitimate targets. Provided they do indeed target them, what will the West’s response be?

Well, if it happens inside a NATO country, then there’ll be a military conflict between NATO and Russia. Simple as that. If it happens inside Ukraine, then it’s an unfortunate case for Ukraine. I mean, we’ve already seen evidence of Russian fighters capturing Javelins and Nlaws and everything else. This is war. I mean, this stuff happens. A few of my friends were saying, “Oh, no, now the Russians have Javelin.” And I was thinking, “Do you think they’ve never had their hands on a Javelin in the past, like 30 years?” Also, I think Russia has shown an inability to precisely strike moving targets of opportunity. So I don’t think Russia has the airpower, or the situational awareness, to systematically target these logistics. It can’t even do it around Kyiv, and Russian forces are right outside the city. So, you know, Russia might get lucky, but I don’t think it’s going to be a game changer in such a way that it changes or alters the outcome of the conflict.

Before we go on to discussing the peace talks, let’s finish the war talk. How do you see the situation developing from now on?

I think anything is possible now. I think Western policymakers need to start thinking about the possibility of a Ukrainian victory. And by victory, I don’t mean Ukraine marching into Russia and capturing Moscow, but it’s plausible to expect that the Russian military is defeated on the battlefield due to a combination of different factors: morale, lack of supplies, maybe a coup in Russia, mutiny. Then the Ukrainians might able to fully liberate their territory. I think Zelensky’s leadership, the determination of the Ukrainians to fight for their home couples well with the low morale, the lack of readiness, on the Russian side. I mean, we’ve now seen these big ZAPAD exercises. They’re a joke. I mean, there’s no way the Russian military should be performing like this. Everyone said in 2008, that you guys gave them a bloody nose. And the Russians said, “Well, we have to reform this and reform that, secure communications, better logistics.” None of these lessons were learned. And sending conscripts in. Soldiers from Tskhinvali are now going to Ukraine. The so-called peacekeepers in Karabakh have been summoned. A Russian defeat here can offer an opportunity not only for Georgia, but also for Armenia, for Azerbaijan, to get Russia off their backs for a generation.

A Russian defeat here can offer an opportunity not only for Georgia, but also for Armenia, for Azerbaijan, to get Russia off their backs for a generation

If Russia is defeated on the battlefield in Ukraine, it would lead to the end of Vladimir Putin. Not only has Russia suffered a lot of casualties, although they have many more they can waste, the main forces that they’ve been using are their best forces. They’re VDV, they’re paratroopers, airborne Spetsnaz, Marines. These units are taking a disproportionately high level of casualties. You cannot just go to a village in Siberia and find someone and say “You’re now a paratrooper.” You just can’t do that.

So I think we’re seeing a seismic change in transatlantic security the way we haven’t seen since the fall of the Soviet Union. And we’re in the early stages of it. Perhaps whoever comes after Putin will take more of an Ataturk approach, like Turkey after World War One, after the fall of the Ottoman Empire, where they just wanted to worry about their own borders. Maybe the next Russian leader won’t want to worry about Abkhazia or Syria or Tajikistan or Tskhinvali or Karabakh.

Peace talks are underway. And if the Financial Times is to be believed, Russia seems dead set on neutrality status and demilitarization. How feasible is this, considering the Ukrainian demand of territorial integrity?

When Russians talk about neutrality, they don’t mean neutrality for Ukraine, they mean that Ukraine is under Moscow’s control. So I don’t believe that the Ukrainians right now are seriously contemplating demilitarizing. Or becoming neutral. I mean, if you’re going to be neutral, then you militarize.

If Ukraine is strong-armed into accepting Russia’s demands, what does it mean for Georgia’s NATO hopes?
It means that Russia still has a veto. If at the end of this Ukraine chooses to declare that it renounces ever joining NATO and then announces some sort of neutral status, especially where they don’t arm – this sets Georgia’s aspirations back a long way.

Can Russia try to gain some consolation points at the expense of Georgia if it is unsuccessful in Ukraine?
I don’t think so. First off, if they’re unsuccessful in Ukraine, that means the Russian military, a large proportion of the Russian military is either destroyed or defeated. Second, it would mean more international sanctions, especially considering the pipelines in Georgia. Georgia also has stingers and Javelins, and they know how to use them. The bulk of the Russian military is located about 1600 kilometers away in Ukraine, and will have to be moved over the Caucasus mountains, and Putin would have to tell the troops that have just finished one war, “You’re not going home, you have to fight another war.” I don’t want to rule anything out, but even right now, if the fighting stops, the Russian military has been given such a bloody nose that I don’t think they’re going to be trying something like this again anytime soon.