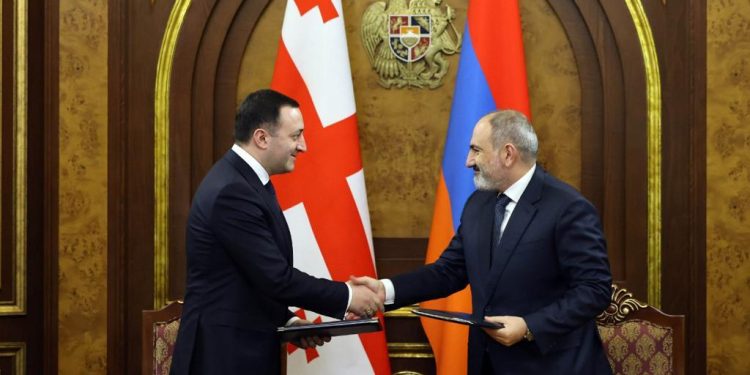 Visa-free travel has become more simplified between Georgia and the Republic of Armenia, with PMs Irakli Garibashvili and Nikol Pashinyan signing a document that enables the citizens of both countries to cross the border with biometric identity cards and no need for passports.

The commission meeting was followed by a signing of a document by the two PMs, which further eases the visa-free travel arrangement and enables the citizens of both countries to cross the border with biometric identity cards.

The protocol of the 12th Meeting of the Intergovernmental Economic and Trade Cooperation Commission was also signed.

The meeting engaged government officials and representatives of the relevant public institutions of Georgia and Republic of Armenia.