CEPA’s Swedish Researcher Anders Ostlund in Kyiv: Russia Is Done For, But How Many Have to Die Before They See It? 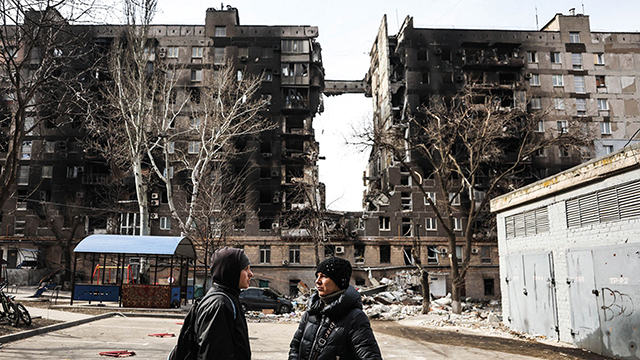 At first, I didn’t believe the Russians would launch this new offensive. For me, it was just truly insane. I was very sure the Ukrainians would fight like crazy, and that they would do well considering their eight years’ experience, number of veterans, etc. I just thought the Russians understood this too, and so would not attack, but of course, obviously, they didn’t see it at all,” CEPA’s Swedish researcher Anders Ostlund, who has been in Kyiv with his family since the start of the war, tells RFE / RL, sharing his take on what’s to come next in the war and predicting a dim future for Russia. 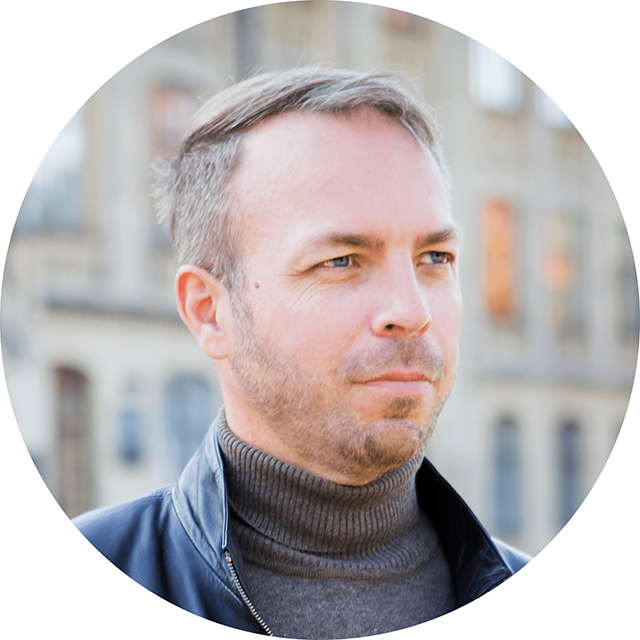 Do you expect Ukraine to mount a counter offensive to lift the siege?
I certainly think things are going on there that we’re not aware of, I mean, the Ukrainian Armed Forces, they are really keeping it tight. Obviously, if I was Zelensky, this would be my highest priority. But if I was the head of the Ukrainian Armed Forces, maybe less so. It depends on the military calculation versus the political. From a strictly military point of view, Ukraine benefits from Mariupol holding out, because they’re forcing Russian soldiers to attack in urban terrain. It’s very hard to take such terrain in urban warfare. If Ukraine managed to slip in hundreds of soldiers and some ammunition and reinforcements, Mariupol could hold out for longer. Anyway, considering what we’ve seen so far in these over 50 days, it would be jumping to conclusions to say the city will fall anytime soon.

On to Donbas. There have been fears that Russia still retains sufficient forces to attempt encirclement tactics. Do you think they’ll be able to pull it off?
Of course, they will try – going from the south towards Zaporyzhye and from the north towards Dnipro, to cut the Ukrainian forces in half. But then again, they also tried to have a flagship sail into the Black Sea. They also tried to capture Kyiv. They tried to capture Mykolaiv. They tried to capture Mariupol, which is right on the border. And they haven’t been able to take it for more than 50 days. They tried many things, the Russians. But if there is any lesson there, it’s that we should not underestimate them – if we underestimate them, we might make the same mistakes.

Of course, the Russians have failed in everything. They haven’t done anything right. The only thing this army can do is parade on Red Square or hold stupid exercises with Putin watching through binoculars. They seem to be very good at killing civilians, executing, raping, looting. But in actual, normal warfare they don’t seem to be very talented at all.

I think Russia is done for. It’s just a matter of how many poor Ukrainian civilians and soldiers need to die before Russia realizes this

Ukraine has a very good chance. They have the motivation, they have the brains. And now, more and more apparently, Ukraine also has the Western defense industry coming to assist it, and Russia cannot match that. It cannot match the arms factories of Europe and the United States. The only thing I’m really afraid of is nuclear warfare. I’m not even afraid of chemicals, because I think a chemical attack will backfire on Russia. So, I think Russia is done for. It’s just a matter of how many poor Ukrainian civilians and soldiers need to die before Russia realizes this.

What’s going on in Ukraine today is having an effect on your own country, with Sweden poised to join NATO. How likely do you think that is?
NATO is seen as a big hypocrisy in Sweden, and it’s been that way for a long, long time. Sweden has sort of been in the alliance with the United States ever since the end of the Second World War. So it was fake neutrality. But the Social Democrats have this thing with neutrality: it was very important for them as part of their ideology, yet, even though the social democratic governments were the ones behind an alliance with the United States, they did it secretly. It’s hard for the Social Democrats to let go of this idea of neutrality, or, as it’s called, of an “unaligned state.”

We called the Russian bluff this time. Sweden has enough high quality airpower to strike back if [threatened]. Finland is probably, per capita, the best defended country in Europe

Finland expressing its own willingness must have tipped the scales, then?
It’s very important for Sweden that Sweden and Finland act jointly. Finland is Sweden’s closest ally, it’s very tied to Finland, they really both want to go together. And now with Russia’s invasion of Ukraine, public opinion is very close to tipping over 50% in favor [of NATO]. With all this pressure, the Social Democrats announced they would have an internal security policy debate. Obviously, this means they’re preparing society for this change of policy. And I think we might see it soon.

Do you put any stock in the Russian threats that they will retaliate?
[Laughs] Against Sweden and Finland? They have all their manpower tied up in Ukraine. Of course, they can try some bullshit with fly-overs or something, but no, I don’t think so. It’s just talk. We called the Russian bluff this time. Sweden has enough high quality airpower, we can strike back if that’s the case. Finland can definitely strike back. They are probably, per capita, the best defended country in Europe.

How do you see the end game playing out for Russia?
I think Russia will break up. It will be replaced by small, demilitarized and powerless republics with neutrality written into their constitutions. The Russian Federation is about to become a part of history. I don’t know whether there’s going to be an outright civil war in Russia and then, based on ethnicity, various nationalities within the Russian Federation will claim their own piece of land, or if it’s going to be a political war. Hard to say, and I don’t know when this will happen, but definitely this attack on Ukraine has sped it up big time.

Russia will be replaced by small, demilitarized and powerless republics with neutrality written into their constitutions. The Russian Federation is about to become a part of history

I see Russia becoming very poor. I see Russia increasing oppression to compensate for the lack of money in Putin’s regime. Russia will have one last thing to sell that the world will be willing to pay lots for, and those are its nukes. So, if there is a civil war or anything like that, in Russia, it could go on for a long, long time, because each party claiming territory would be able to cash in by giving up nukes. And the outside world would have a keen interest in having a nuclear-free Russia, including China, who might easily become a patron of vast territories in the Russian Far East. But I definitely see the end of the Russian Federation. The more Russia loses in Ukraine, the fewer allies, or rather, the fewer partners they will have, not that they had any allies to begin with. Putin will be remembered as Vladimir the Loser, not Vladimir the Great.