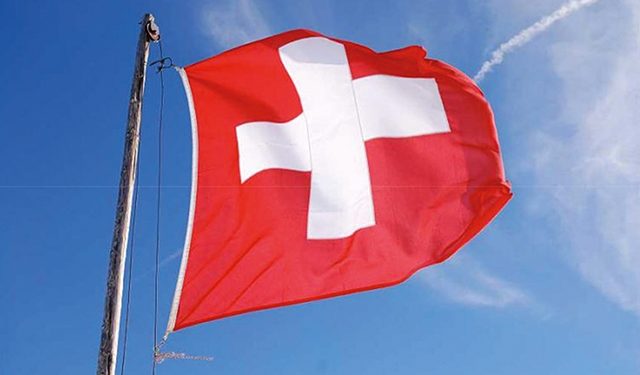 The Bundesfeier on August 1 is Switzerland's national holiday. Source: iStockphoto.com/assalve

On 1 August, the Embassy of Switzerland in Georgia hosted Georgian government officials, foreign diplomats, business leaders, and the representatives of international organizations to mark Swiss National Day. As a celebration of the founding of the Swiss Confederacy in 1891, it also marks 30 years of diplomatic relations between Switzerland and Georgia. These 30 years have been filled with warm relations in trade, education, diplomacy and peace, and regional development programs.

During the special event, host Swiss Ambassador Heidi Grau made special mention of the first Federal Charter of 1291. This Charter between the cantons of Uri, Schwyz and Unterwalden laid the groundwork for the modern Swiss Confederation. Swiss National Day marks a special day, but this year marks an important landmark in history between the two nations of Switzerland and Georgia.

During the celebrations held near Turtle Lake in Tbilisi, Ambassador Grau gave a toast to the future of Swiss and Georgian relations. An evening of both Georgian and Swiss fare was offered to guests. Swiss wine and cheese, prized similarly as Georgian wine and cheese, were available for sampling. During a brief speech, Ambassador Grau made comments admiring the unique similarities between Georgia and Switzerland, particularly the cuisine, the hospitality, and the beautiful mountainous terrain.

Switzerland and Georgia first maintained relations, with the former even having an embassy in Tbilisi between 1883 and 1922, ending only with the invasion of the Soviet Red Army and subsequent occupation. With the Soviet occupation of the country coming to an end in the 1990s, Switzerland quickly recognized Georgian independence on the 23rd of December, 1991. Their relations continue, with both the Swiss Embassy and the Swiss Cooperation Office in Tbilisi.

The latest four-year program “Cooperation Program for the South Caucasus 2022-2025” was launched in May, covering four key areas: Promoting civic engagement and cooperation in the region, strengthening democracy and public institutions, improving economic development and the creation of decent jobs, and strengthening climate resilience and sustainable resource management.

With the launch of this impressive initiative, Switzerland has been involved in 20 programs in Georgia that have seen over 150,000 recipients benefit from over $34 million in additional income. Additionally, work on digital infrastructure at the municipality level has given access to over 1.5 million people across Georgia. This work is set to continue with a focus on agriculture as well as small and medium enterprises (SMEs).

The work being done through the Swiss Embassy is also through regional NGO partnerships. Smaller programs have been organized to help with gender equality, environment and climate change, inclusiveness, and digitalization. Working with the Georgian government, the Embassy is also investing time and resources into conflict prevention, peace promotion, and strengthening human rights.

The presence of these Swiss initiatives has elevated not only the principles of democracy and good governance, but also at the individual level with quality of life and equality improvements. The Regional Cooperation Office in Tbilisi, since opening in 1996, has invested over 200 million CHF in the South Caucasus.

Agricultural development in Georgia has been a particularly extensive investment of Switzerland. In early May, Swiss and United Nations officials both agreed to extend their support of the Swiss Agricultural School ‘Caucasus’ (SASC). The school’s two-year training course in the fields of farming and cheese-making has helped over 200 local farmers. “We welcome the achievements of the school and feel proud that Switzerland’s experience contributes to the development of agricultural training in Georgia and to improving the lives of Georgian farmers,” Ambassador Grau said during the event at the school.

Swiss involvement in Georgia is centered around one core principle – “Leave No-one Behind.” This all-encompassing vision of regional development ensures that even parts of the population that are often missed by other wide-weeping efforts are not left out of special programs. The Swiss Embassy has championed this by an “endeavor to reach the furthest behind first” in community outreach and development programs, particularly for Georgia’s rural, remote, and mountainous peoples.

With 30 years of cooperation, development and successes behind them, Ambassador Grau made it clear during the Swiss National Day event that another 30 years of the same lie ahead. Even as the current programs continue, new initiatives will be considered, particularly as new opportunities to engage and support Georgia’s growth emerge. The country has many friends in Europe and afar, but few come with such open arms and support as Ambassador Grau and the Swiss people.