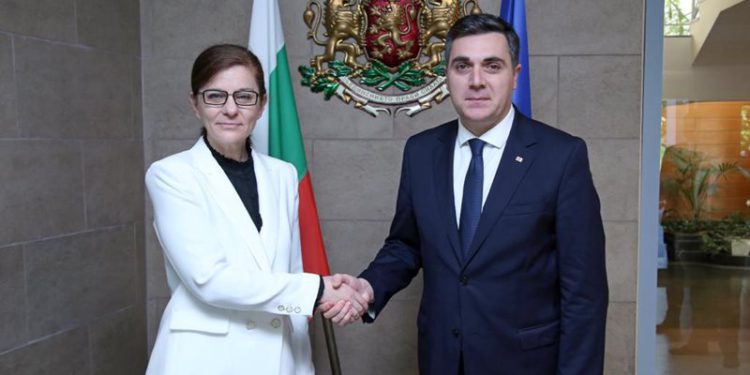 Giving a positive assessment to Georgia’s completion of the self-assessment questionnaire, the Bulgarian Foreign Minister reaffirmed Bulgaria’s strong support for Georgia’s European aspirations. She positively assessed Georgia’s successful progress on the path of European integration, the implemented reforms and Georgia’s leading position in the Eastern Partnership format. The Ministers expressed the hope that the EU will duly assess this progress when taking a decision on granting Georgia a candidate status. Special attention, in this context, was paid to the importance of the Associated Trio’s aspirations in the light of the challenges facing these countries.

Speaking on bilateral relations, the Ministers underlined the 30th anniversary of establishment of diplomatic relations and highlighted the commitment of the two countries to further strengthen the bilateral partnership and intensify cooperation in all key areas. Particular attention was focused on the economic dimension and cooperation between the two countries on the development of transit routes, taking into account the potential of Georgia and Bulgaria as Black Sea countries.

The two ministers underlined the importance of boosting the tourism sector as an effective way to further intensify people-to-people contact between the two countries.

The Bulgarian Foreign Minister invited Darchiashvili for an official visit to Sofia.