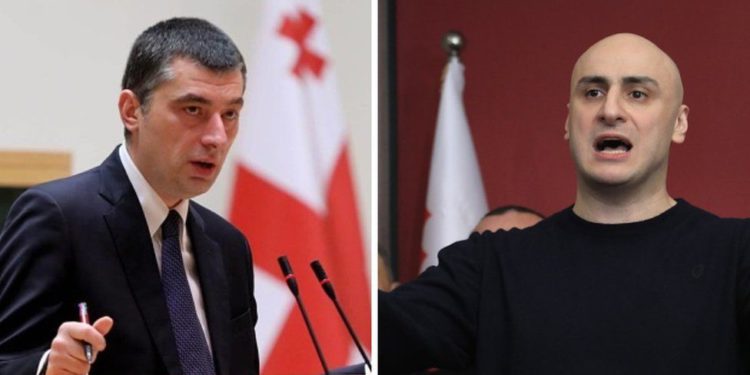 “The Prime Minister of Georgia has resigned over plans to arrest an opposition leader, saying the move could cause ‘political escalation’.” – The BBC

The BBC responded to yesterday’s resignation of Georgian Prime Minister Giorgi Gakharia, highlighting that “The Prime Minister has resigned over plans to arrest an opposition leader, saying the move could cause political escalation.”

“Giorgi Gakharia said a court decision to place Nika Melia in pre-trial detention posed a risk to the health and lives of Georgia’s citizens. The country’s Interior Ministry said in a tweet that Mr. Melia’s arrest had been ‘temporarily postponed’ after the Prime Minister announced he was stepping down on Thursday morning,” reads the article.

The BBC tells its readers that earlier this week, a court in the capital Tbilisi ordered that the opposition leader should be arrested for refusing to pay an increased bail fee.

Mr. Melia, who leads the United National Movement, told AFP news agency that the charges were “part of ongoing repressions against the opposition”.

“Georgia has been gripped by a political crisis over the results of parliamentary elections in October, with protesters and the opposition accusing the ruling party of rigging the poll and intimidating voters,” reads the publication.

The article also touches upon Russian MP Sergey Gavrilov’s visit to Georgia and accompanying protests, during which Melia was charged with group violence and an attempt to storm Parliament:

“The case against Mr. Melia dates back to 2019 when thousands of protesters attempted to storm Georgia’s parliament after a Russian MP took the Speaker’s seat and gave a speech in Russian,” reports the BBC.

For the record, Prime Minister Giorgi Gakharia resigned on Thursday morning, explaining that he considers it unjust to arrest UNM Chairman Nika Melia in conditions when there is a danger of political escalation. Gakharia said the reason for his resignation is that he could not reach an agreement with the team on Melia’s case. In response, the MIA temporarily postponed the planned detention of Melia.