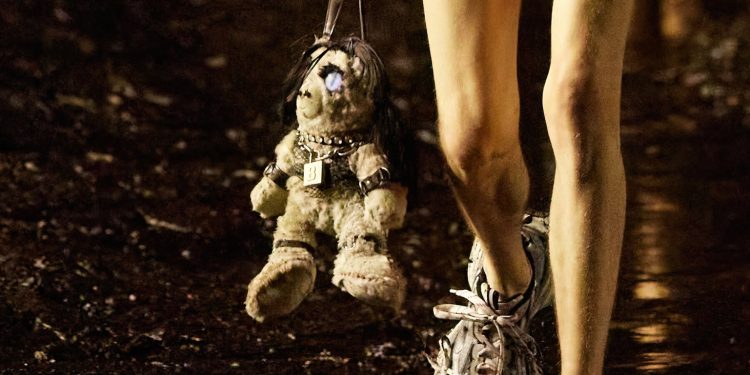 The luxury fashion house Balenciaga has apologized over adverts that showed children holding teddy bears in bondage gear and others featuring documents about child sexual abuse law as a prop.

Two new Balenciaga campaigns ignited a firestorm that traveled from the internet to Fox News, fueled by allegations that the brand condoned child exploitation.

The fallout began on November 16, when Balenciaga published a campaign called Balenciaga Gift Shop, which featured images of children with the brand’s handbags that look like teddy bears in bondage gear.

“Ever since Demna Gvasalia became artistic director of Balenciaga in 2015, the storied brand has become a lightning rod for controversy, often intentionally so. See: remaking IKEA’s 99-cent shopping bag as a luxury good, putting heels on Crocs, selling destroyed sneakers for $1,850, dressing Kim Kardashian in a head-to-toe black body stocking for the Met Gala, and sending models who looked like refugees down the runway carrying trash bags made of expensive leather.

“The outrage provoked by such moments often seemed to be the whole point. Each only bolstered the reputation of Demna’s Balenciaga as a brand that forces consumers to grapple with the very meaning of “taste.”

“Now, however, the release of two new campaigns by Balenciaga, which is owned by Kering, the French luxury conglomerate that also owns brands like Gucci and Saint Laurent, has taken the public opprobrium to a new level. One campaign featured photos of children clutching handbags that look like teddy bears in bondage gear. Another campaign featured photos that include paperwork about child pornography laws. Together, they ignited a firestorm that traveled from the internet to Fox News, fueled by allegations that Balenciaga condoned child exploitation. The controversy has become one of the most explicit collisions of internet culture, politics, fashion and conspiracy theories to date,” reported the New York Times.

On November 22, the fashion house had issued two statements via its Instagram Stories apologizing for the plush bears, which they said “should not have been featured with children in this campaign,” as well as the “unsettling documents” in the separate spring/summer campaign: “We take this matter very seriously and are taking legal action against the parties responsible for creating the set and including unapproved items for our spring 23 campaign photoshoot. We strongly condemn the abuse of children in any form. We stand for children’s safety and well-being.”

On November 28, the brand issued another statement, admitting “a series of grievous errors for which Balenciaga takes responsibility.” The fashion house announced ongoing “internal and external investigations” and “new controls” and said it was reaching out to “organizations who specialize in child protection and aim at ending child abuse and exploitation.”

“We want to learn from our mistakes and identify ways we can contribute,” the statement read.