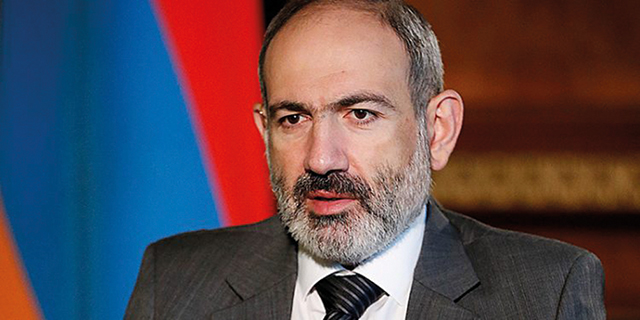 Armenian Prime Minister Nikol Pashinyan said mid-week that no document would be signed between Armenia and Azerbaijan.

“Dear compatriots, I urge you not to succumb to manipulation. No document has been signed and none will be signed. This is an information diversion directed by unfriendly external forces in order to break the resistance of the country,” he wrote on his Facebook page.

The Armenian PM said that he takes the responsibility to make difficult decisions in the name of peace.
“We want to sign a paper, despite it being one that will result in us being criticized, cursed, called traitors. People may even decide to remove us from power. But we will be grateful if, as a result of our decision, the Republic of Armenia of 29,800 square kilometers will have lasting peace and security. I say very clearly that I will sign off on the decision which will provide that. I am not interested in what will happen to me, I am interested in what will happen to the Republic of Armenia,” he said.

Fighting on the border between Armenia and Azerbaijan is said to have killed about 100 troops on Tuesday, as attacks on both sides fed fears of broader hostilities breaking out between the longtime adversaries.

Armenia said at least 49 of its soldiers were killed; Azerbaijan said it lost 50.

The fighting erupted minutes after midnight, with Azerbaijani forces unleashing an artillery barrage and drone attacks in many sections of Armenian territory, according to Armenia’s Defense Ministry. It said shelling grew less intense during the day, but Azerbaijani troops were trying to advance into Armenian territory.

Azerbaijan’s Foreign Ministry said it was responding to a “large-scale provocation” by Armenia late Monday and early Tuesday. It said Armenian troops planted mines and fired on Azerbaijani military positions.

The two countries have been locked in a decades-old conflict over Nagorno-Karabakh, which is claimed as part of Azerbaijan but has been under the control of ethnic Armenian forces backed by Armenia since a separatist war there ended in 1994.

Azerbaijan took broad swaths of Nagorno-Karabakh in a six-week war in 2020 that killed more than 6,600 people and ended with a Russia-brokered peace deal.

The Armenian government on Tuesday officially appealed to Russia, the UN Security Council and the Collective Security Treaty Organization (CSTO) regarding Azerbaijan’s aggression against the territory of Armenia.

Reportedly, the Government of Armenia made a decision at the meeting of the Security Council to appeal to Russia for the implementation of a bilateral agreement on friendship, cooperation and mutual assistance, as well as to the UN Security Council and the Collective Security Treaty Organization.

A statement from the Azerbaijani side, however, suggests the Armenians were to blame for the escalation and that they are avoiding real moves towards peace.

“On September 12, starting at late night, the units of the armed forces of Armenia held large-scale provocations in the directions of Dashkasan, Kalbajar and Lachin of Azerbaijan-Armenia state border,” reads the statement issued by the Foreign Ministry of Azerbaijan.

“According to the information provided by the Ministry of Defense of the Republic of Azerbaijan, the sabotage groups of the armed forces of Armenia, using the mountainous relief of the area and existing valley gaps, carried out a landmine planting operation in the areas between the positions of the units of Azerbaijan’s army and the supply roads, in different directions. In addition, the Armenian armed forces fired intensively at the positions of the Azerbaijani Army in Dashkasan, Kalbajar and Lachin regions with different types of weapons, including mortars. As a result, there are casualties among the personnel of our armed forces, damage was inflicted to the military infrastructure.

“In order to prevent further provocations by the armed forces of Armenia and military threats against the territory and sovereignty of our country, to ensure the safety of our military personnel, including civilian workers involved in infrastructure activities in the territory of Kalbajar and Lachin regions, the expansion of the scale of the military hostilities was averted, and in order to silence the firing points of the armed forces of Armenia, definitive retaliatory measures were taken by the units of the Azerbaijani Army deployed in this direction. Moreover, the information disseminated by the Armenian side that Azerbaijan’s Army allegedly targets the civilian population, facilities, and infrastructure does not reflect reality, and is more disinformation spread by the Armenian side.

“In general, during the last month, the provocations of the Armenian armed forces in the direction of Lachin, Gadabay, Dashkasan and Kalbajar regions of the state border, and cases of the firing on positions of the Azerbaijani Army in those regions with various types of weapons, were intensive and systematic. At the same time, Armenia’s increase in militarization along Azerbaijan’s borders, deployment of heavy equipment and large-caliber weapons in the region, indicated that Armenia was preparing for a large-scale military provocation.

“At the same time, delaying the normalization process by Armenia with various pretexts, showing a destructive position in the negotiations conducted with international efforts, not withdrawing the Armenian armed forces from the territory of Azerbaijan contrary to the obligations within the framework of trilateral statements and agreements, continuing planting landmines, including that recently carried out in Armenia in the territory of Lachin, putting forward new conditions and disrupting the process of opening of communications and transport routes, as well as not responding to the peace agenda, demonstrate that Armenia is not interested in the peace process and aims to undermine them.

“The following aggression of the Armenian side against Azerbaijan is a gross violation of the fundamental norms and principles of international law, as well as the provisions of the trilateral statements signed between the leaders of Azerbaijan, Armenia and the Russian Federation, and the agreements reached between Azerbaijan and Armenia. These steps of Armenia are completely contrary to the ongoing normalization and peace process. At the time, when Azerbaijan is carrying out large-scale restoration and construction works in these territories liberated from occupation, Armenia, by allowing aggression, once again demonstrates that it is hindering this process by all means.

“Responsibility for the provocation, clashes and losses lies with the military-political leadership of Armenia. Any actions against the territorial integrity and sovereignty of the Republic of Azerbaijan will be resolutely prevented,” reads the statement.

Pashinyan shared information with Garibashvili on the exacerbation of the military situation and situation resulting from the confrontation between the Republics of Azerbaijan and Armenia.

Garibashvili expressed hopes that parties will get back to the negotiation table and the situation will be solved through peaceful means. The Georgian PM once again confirmed the readiness of Georgia to carry out active mediation for the de-escalation and peace in the region.