Arakhamia: Georgians, If You’re Unable To De-oligarchize By Your Own Efforts, We’ll Help 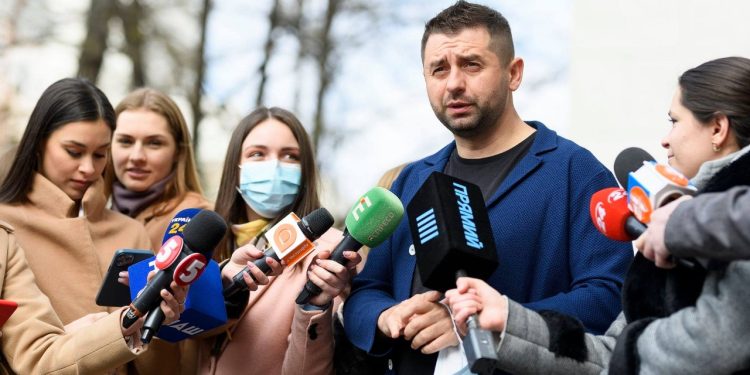 “As I promised Mr. Ivanishvili, a big greeting from Ukraine. We continue to work. Dear Georgians, unfortunately, if you are unable to de-oligarchize by your own efforts, we will help you,” Davit Arakhamia, the chairman of the People’s Servant faction in the Ukrainian Rada, addresses the former Prime Minister Bidzina Ivanishvili and the Georgian people, and responds to the publication of the sanctions list by the Ukrainian Anti-Corruption Agency.

He claims that the said agency was established with the participation of international partners and is the main agency for the formulation of sanctions for the United States of America and the European Union.

“I thought about recording this video for a few days, because I was expecting an expected hysterical reaction from the Georgian government, which was related to the events I announced earlier in connection with the National Anti-Corruption Agency. This agency is established with the participation of international partners and it is the main agency for formulating sanctions for the United States of America and the European Union.

“This agency is part of the international sanctions policy group. On my website – war in Ukraine, I have placed a recommendation to impose sanctions on Bidzina Ivanishvili and his close entourage, specifically on those businessmen who finance his regime. There are no members of his political entourage in this package yet. This is not a coincidence, because at this stage we think that we should only act against the oligarch and his funding sources, which the European Commission has already talked about in the form of a recommendation.

“Everyone knows these people in Georgia. They can see a list of these people on the Internet. Georgian media has already published this list. This is the first stage, after the verification of which these documents will be sent to the international sanctions group. The members of the group will review these documents and the participating countries will make a decision unanimously.

“As I promised Mr. Ivanishvili, a big greeting from Ukraine. We continue to work. Dear Georgians, unfortunately, if you are unable to de-oligarchize by your own efforts, we will help you,” said Arakhamia.