ALDE: First Step for Georgia on its European Path is to Release Opposition Journalist Nika Gvaramia 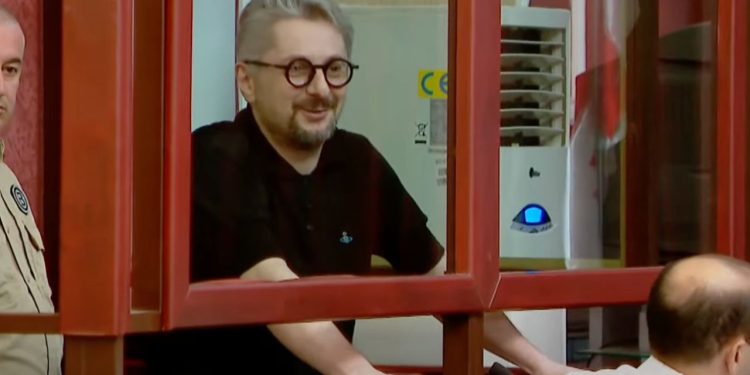 “ALDE Party, together with our member parties, are committed to EU enlargement. Georgia, Ukraine and Moldova, together with the Western Balkans, must have the European future. Through this process, our European community is strengthened.

“The door has been opened by providing EU Candidate status to Ukraine and Moldova. For Georgia to achieve this milestone, important reforms need to be made. Provisions to protect the rule of law, ensure independent press and freedom of speech are some of the most vital, especially for European liberals. We work closely with ALDE Georgian member parties to secure the country’s European future.

“A first step for Georgia on its European path is to release opposition journalist Nika Gvaramia, sentenced on sham charges that were denounced by independent human rights bodies both within and outside Georgia.

“The politicization of justice needs to stop!

“The government of Georgia and the ruling party are obliged to implement the 19 April 2021 agreement brokered by the EU on ending the political crisis. This is a pathway to EU candidacy.

“Join our call to ask for the immediate release of Nika Gvaramia!

“We urge you to write to Irakli Garibashvili, Prime Minister of Georgia, and demand the release of Nika Gvaramia.

“European citizens can show that fully-functioning democracies are welcome to join our Community.

For your convenience, we created three templates from which to choose”, reads the statement.

Simply copy and paste into your email editor and adjust as needed. You can write to the Georgian Prime-Minister’s office at: contact@garibashvili.ge

I support Georgia’s accession to the EU. But this process cannot go forward if fundamental freedoms are not respected. The rule of law must be upheld. In a democracy, opposition journalists must be allowed to speak freely.

I ask you to release Nika Gvaramia and respect the 19 April Agreement. Accession to the EU can only be accomplished if you respect the fundamental values on which the Union is based. Together, we are stronger.

The international community is aware and appalled by the decision to jail Nika Gvaramia on sham charges. In a democracy, such tactics have no place. I ask you to release him immediately and show respect for a free press and the freedom of speech. This will help Georgia allowing EU candidate status.

Prime minister, I believe that the place of Georgia is within the EU. But jailing an opposition journalist is the type of behavior that violates the fundamental freedoms on which the Union is based.

I ask you to release Nika Gvaramia”, reads the statement released by the party.