Adam Reichardt: The EU Should Be More Straightforward on the Trio’s European Prospective 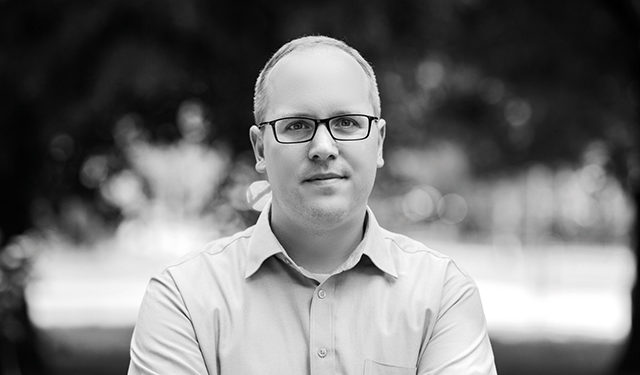 As the dust settles (if there was any to start with) in the aftermath of the 2021 Eastern Partnership Summit in Brussels, it’s time to analyze what the Associated Trio of Georgia, Moldova and Ukraine are getting from Brussels for their combined efforts, and how the EU plans to cope with the ever increasing challenges in the EaP region. GISP spoke to Adam Reichardt, editor of the New Eastern Europe Magazine, to gauge the future prospects of the Eastern Partnership.

What does the Associated Trio of Georgia, Ukraine and Moldova have to show for their efforts? What did they bring home?
I guess the real question is what there was for them to bring home in the first place. The ultimate aim of the Associated Trio is to get that European prospective, or membership prospective, and that’s still a way away. But I would actually want to say that I view the Trio as a very positive development. The fact that Ukraine, Georgia and Moldova have decided to jointly pursue their integration is a really positive sign. This reminds me of how the Visegrad countries organized themselves in the 90s to get NATO and EU membership. The emergence of the Associated Trio as a group, as a bloc, is a really important development in the Eastern Partnership. Obviously, these are three different countries with three different agendas and stages of development and integration, but I think it was important for the Trio to show during the summit that they were united in their efforts to get deeper integration and eventually get the European prospective.

When we talk about the NATO membership perspectives of Georgia and Ukraine, one keeps hearing an increasingly popular term – “Russia’s unseen veto”. Should we also be talking about unseen Russian vetoes when it comes to the EU membership perspectives of the Trio?
Some EU countries are much more sensitive to Russian interests than others. That is one of the main reasons why the declarations are often watered down in terms of not being so decisive, or not pledging to anything like membership prospective for the Eastern Partnership countries. But I don’t think the Kremlin takes the EU seriously, as a geopolitical power, that is. I think the Kremlin is much more interested in NATO, as this as a security alliance which is led by the United States. As for the EU, if we were in a different situation, where we didn’t have already existing tensions and the possibility of escalation in the region, perhaps there would be more room to maneuver. As things stand, there is barely any space left. If we were to compare NATO and EU membership, the Russian “invisible veto” is much more present on the NATO side.

Charles Michel promised a “strong reaction and heavy price to pay if there is NEW direct military aggression in Ukraine”. The word “new” caught the eye – does it mean the current military aggression in Ukraine doesn’t warrant any sort of increased attention from the EU? Does Brussels feel they’ve done enough?
I wouldn’t go that far. The Kremlin is good at creating mass paranoia and tension, and everyone is slowly adjusting to it. Then again, I don’t think that any new moves aimed at Russia to punish it, if there is renewed escalation, would be very effective, as Russia has already managed to adapt. Unless the EU really goes all-in, such as investigating the off-shore investment schemes taking place in some EU countries, like Cyprus. Expelling Russia from the SWIFT system would also be quite hurtful, but then again, I am sure Russia has calculated its chances and the risks much better than the bureaucrats in Brussels have calculated what they can do to effectively deter Russia from causing more havoc in Ukraine.

Unfortunately, the EU is left with very little leverage, unless they are willing to provide some military support. I’m not talking about troops on the ground, but equipment, support in terms of increasing defensive weapons, but the EU doesn’t work that way. Some individual countries in the EU work that way, but the EU as a bloc does not operate in that manner. The Ukrainian government itself, the Zelensky administration, has done above and beyond to keep this issue at the top of the Western agenda. The Crimea platform, for example, was is a very good initiative, and was an opportunity for Western countries to reaffirm the fact they do not recognize the annexation of Crimea, and that they do support Ukraine in its endeavors. But the question is, how far are they willing to go to support Ukraine? Unfortunately, I don’t think there’s much room there, beyond the steps that they’re unwilling to take.

Belarus was also widely discussed at the Summit. The EU response to Lukashenko for playing the migrant card: new sanctions on 17 individuals and 11 entities. Is this enough of an impact?
It’s more symbolic than impactful. The sanctions, of course, are important, but there are some opportunities where they could be much more impactful, including closing certain loopholes: a member-state wide non-recognition of Lukashenko as president for example. I think there are still some levers left for the EU in terms of really turning the screws on Lukashenko and his regime. The EU should definitely do much more in terms of supporting Belarus’ civil society, making it easier for Belarusians who are fleeing, and there are a lot of them, to get asylum, and to continue their lives in countries outside of Belarus. Poland, for example, has really done a lot in this regard, and it would be good if others followed suit.

Now to what was promised for the EaP countries. It was very much underlined that deepening cooperation will hedge on their willingness to reform. Is that a placeholder for the European perspective that was not mentioned at this summit?
It’s a question of whether it’s a placeholder or an excuse not to give your gift. It’s easy to say, “well, the reform process is too slow,” or “there’s even some backsliding in some countries, and this is the reason why we still haven’t given the membership perspective.” But this is just an excuse, because if you look at the Balkan countries, which have seemingly ended up in the accession negotiation process limbo, it’s clear to see that internal problems within the EU are to blame. At the moment, there’s a lot of skepticism in terms of enlargement of the European Union. And if there is a European perspective given to Georgia, Ukraine, or Moldova, then there will be a lot of outcry in some capitals of EU member states.

This is a reality we need to recognize and take into account. But at the same time, I think the EU can and should be more straightforward and say “here are the steps to get to the membership prospective, and some of them might not even depend on what you do, and once that membership prospective is achieved, this is how we get to membership.” Sadly, we’re still waiting for that to happen. If reforms are of such paramount importance, tailor the conditions around them, so if certain countries don’t meet those conditions, then we know where the blame lies. I think the Associated Trio should push for that; they should make the reforms and then say, “we have achieved this and that here, we now expect the European prospective,” at least put it somewhere on paper.

On a positive note, there is the economic investment plan mentioned by Commission President Von Der Leyen, with an estimated investment of 37 billion Euros. How can we gauge its impact?
That is indeed one cause to be optimistic about. I’m always optimistic that things will eventually head in the right direction. It’s just a long process, maybe longer than some of us expect. We expect a lot of short-term satisfaction and actions and results. The investment in the region is clearly quite large, and each country has had the opportunity to set out its own priorities, and they can work together with the EU on where these investments should be directed. We’re looking at infrastructure, connectivity, digital transition, climate, green resilience, and all of this obviously helps physical integration with the European Union. These are very important developments, but we will see the results in the longer term. A big challenge is also accountability, making sure that the money is not just dwindled away and ends up in the pockets of oligarchs in the region. This is a huge, huge challenge for the EU to make sure it doesn’t happen.

And then, lastly, another big challenge, one which the EU has been dealing with for a long time, is PR and communication: the EU has invested a lot of money in these countries already, and a lot of support is going to civil society, to different sectors, economic sectors. It needs to communicate this and tell these societies, “look, the EU is giving you all this, this is part of being even just in the Eastern Partnership.” The EU is very, very poor in terms of PR communications. There should be a more strategic approach in terms of showing how much investment has already been made. This is a key challenge. Actions, obviously, speak louder than words, but words are also necessary.