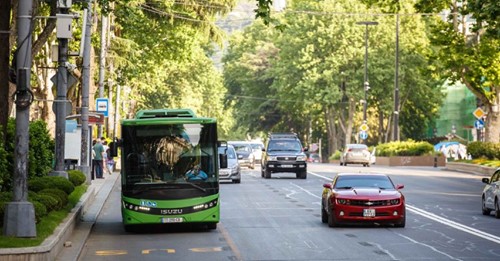 A special lane for buses was marked on Rustaveli Avenue. The length of the bus lane is three kilometers. 20-kilometers of exclusive bus lane have been set up in the capital this year.

This plan is under development and some changes might occur, notes Tbilisi City Hall.