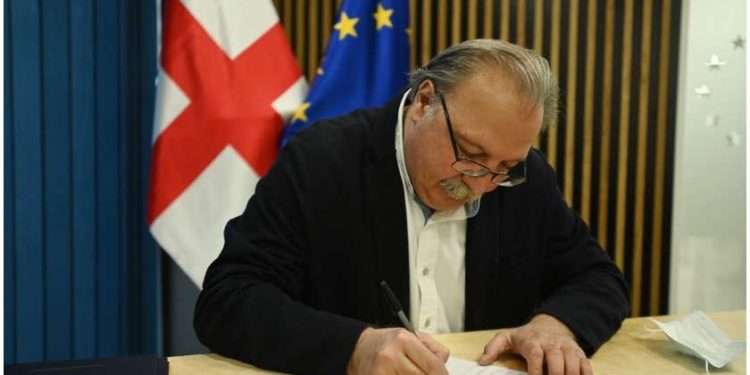 Former Chairman of the ‘United National Movement’ Grigol Vashadze has also signed the updated compromise document proposed by the President of the European Council Charles Michel, the EU Delegation to Georgia reports.

The document submitted by Charles Michel,  ‘A Way Ahead for Georgia,’ was officially signed by the parties on April 19.

Batumi First City in Region to Have All-Electric Buses

Paata Imnadze: Pregnant Women can be Vaccinated with Pfizer, but not Sinovac or Sinopharm Yet