Minister of Defense of Georgia Meets with President of Latvia 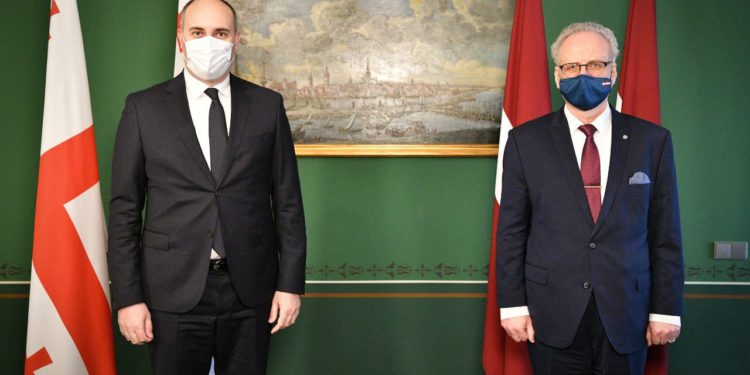 Source of photo: Ministry of Defence of Georgia

Today, on April 8, within the framework of his visit to Latvia, the Minister of Defense of Georgia, Juansher Burchuladze met with the President of Latvia, Egils Levits, at the Presidential Residence. They discussed security issues in the Baltic and the Black Sea regions, threats from Russia, the situation in the occupied territories, and bilateral cooperation between Latvia and Georgia in the field of defense.

“Juansher Burchuladze thanked Egils Levits for his strong support for Georgia’s sovereignty and territorial integrity, as well as for the country’s integration into Euro-Atlantic structures, noting that joining NATO and the European Union is the main aspiration of the Georgian government and people. The Minister also focused on democratization and defense reforms in order to increase interoperability with NATO,” the Defense Ministry announced.