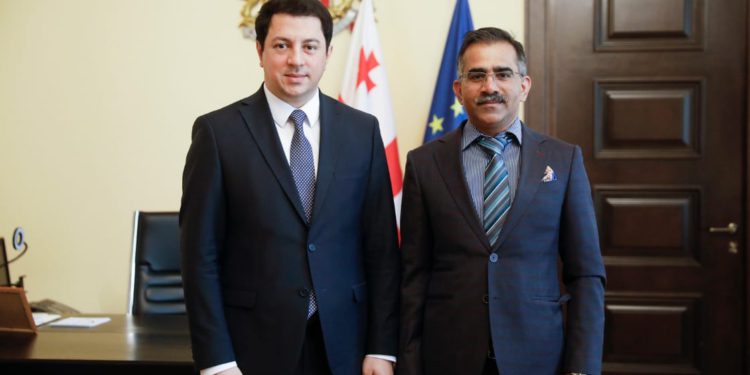 The Chairman of the Parliament Archil Talakvadze met with the Ambassador Extraordinary and Plenipotentiary of the Republic of India to Georgia, Kishan Dan Deval.

The Speaker of the Parliament underlined the progress made in the bilateral relations between Georgia and the Republic of India in recent years, which includes political, economic, cultural, and other sectors.

The Speaker of the Parliament spoke about Indian investments in Georgia and expressed the readiness of the Georgian side to further deepen business relations with the Republic of India by offering favorable investment opportunities.

Talakvadze positively assessed the cooperation of the parties in the field of education, which is reflected in the interest of Indian students in Georgian universities.

He also briefed the Ambassador on  important developments in the country and the region and spoke about the difficult situation in the occupied territories.