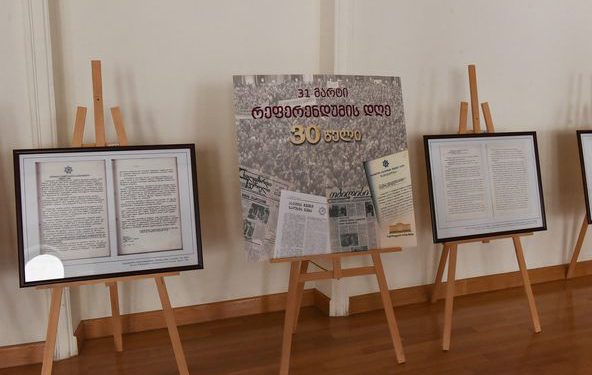 An exhibition dedicated to March 31, 1991, was held in the Parliament of Georgia.

On that day, 30 years ago, a referendum was held in Georgia on the restoration of independence, in which the population of Georgia, including the regions of Abkhazia and Tskhinvali, took part.

The exhibition presents documents and photographs of current events of the historical day, including resolutions and laws adopted by the Supreme Council on the referendum, materials published in newspapers, and photos of the voting process.