4 Members of Alliance of Patriots Enter Parliament amid Opposition Boycott 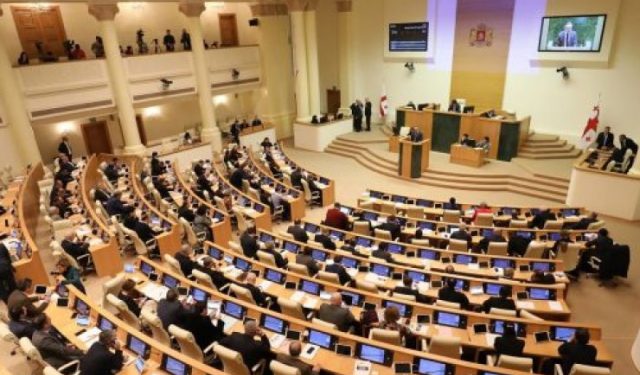 The Procedural Issues and Rules Committee of the Georgian Parliament approved the MP authorities for four members of the Alliance of Patriots opposition party: Avtandil Enukidze, Zaza Mikadze, Pridon Injia and David Zilpimiani on Tuesday.

The former members of the Alliance of Patriots have already announced that they will create the “European Socialist Party” in the coming days.

Based on the results of the Central Election Commission, the Alliance of Patriots party received 3.14% of the votes in the 2020 parliamentary elections and won four parliamentary seats, although Irma Inashvili, Giorgi Lomia, and Gocha Tevdoradze renounced their mandates during the opposition boycott.

The Georgian Parliament terminated the mandates of 3 MPs of the Alliance of Patriots yesterday. All three members confirmed that the applications on termination of authority were an expression of their will.

The parliamentary majority welcomed the opposition MPs to parliament.

“It is important that the opposition party has entered parliament. It is essential that pro-Russian members of the Alliance of Patriots renounced their mandates and the openly pro-Russian party will not be represented in Parliament,” said Irakli Kobakhidze, the leader of the parliamentary majority, adding that he believes the Parliament of the 10th Convocation would be multiparty.