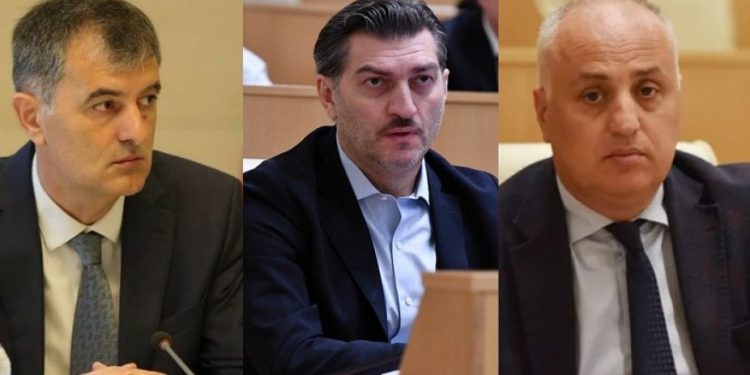 Members of the Parliament of Georgia, Sozar Subari, Mikheil Kavelashvili, and Dimitri Khundadze, who left the ruling party Georgian Dream, released a statement responding to the “Radio Freedom” interview with the Executive Director of the McCain Institute, Evelyn Farkas.

“Radio Freedom” issued the interview with the Executive Director of the McCain Institute, Evelyn Farkas. It is noteworthy that both the media company and the respondent are being officially financed from the US budget sources and hence, every word and message can be related to the US official structures. Dr. Farkas has virtually publicly declared the fact we have been urging for weeks and which is that the US Ambassador, Mme. Degnan dares not to openly admit. Dr. Farkas openly called on the Georgian Government to impose sanctions on Russia, to some extent reassuring us that “Georgia is unlike to pose a threat of Russian invasion and military actions compared to the past.”

At that, in response to the repeated question of the journalist whether she was assured about the incapacity of Russia to open a new front in Georgia, she gave the absolutely alarming answer – “big deal, they still cannot win”, which means that Dr. Farkas admitted that Georgia may pose a Russian intervention risk is imposing the sanctions and her only soothing words were that Russia cannot win.

However, we acutely remember the war of 2008 and what is victory and what is defeat. The Georgian people will never forget the aid the American people rendered to Saakashvili in declaring the war lost in 2 days as won and in celebrating the lost war on Rustaveli Avenue. She echoed the message of the radical opposition menacing that if we abstain to get engaged in the war, Russia will in any case turn its enmity to us even if Ukraine wins.

It is interesting that E. Farkas cannot be assured of the victory of Ukraine in the war with Russia and does not even bother to urge that Ukraine and Georgia will still win on two fronts.

When the CEO of the McCain Institute openly calls on to provoke Russia with sanctions and get engaged in the military conflict, it drives our society to easily make conclusions; these are the words that the official representative of the US authority, Mme. Degnan dares not to say but speaks them through Dr. Farkas. Now, it is up to the Georgian people to make a conclusion – obey the will of the Embassy and open the second front in Georgia or estimate the legitimacy and acceptability of this intention to drag Georgia into the military conflict with Russia with zero guarantees, which will be devastating for Georgia.

When speaking about the second front, we shall not forget that in case of the intervention of the Georgian army in Abkhazia and Tskhinvali, we will appear at war not only with the occupation forces but with Abkhazians and Ossetians. When the territorial integrity of Georgia is restored, we are supposed to peacefully live with Abkhazians and Ossetians in this country as it is suitable for Caucasian dignity and tradition. When some forces push us to fire a new fratricidal war with Abkhazians and Ossetians after 30 years, it shall be particularly estimated by our society. It is as well noteworthy that Ukrainian officials keep openly calling on Georgia to get engaged in the military conflict.

Even yesterday, the Ukrainian MP was using the air time in one of the TV companies appurtenant to the National Movement calling on the Georgian people to force the Georgian Government to take certain steps for the de-occupation of Abkhazia and Tskhinvali.

The impact of America on the Government of Ukraine is too strong, which is evident to the society. Hence, it is no surprise why the messages of the CEO of the McCain Institute and the Ukrainian politicians so perfectly coincide. If the Georgian authorities were called on to war behind closed doors, now such calls are made publicly by E. Farkas and the Ukrainian officials.

When they openly push Georgia to war, in our belief, the Government shall give a public response to this fact.”