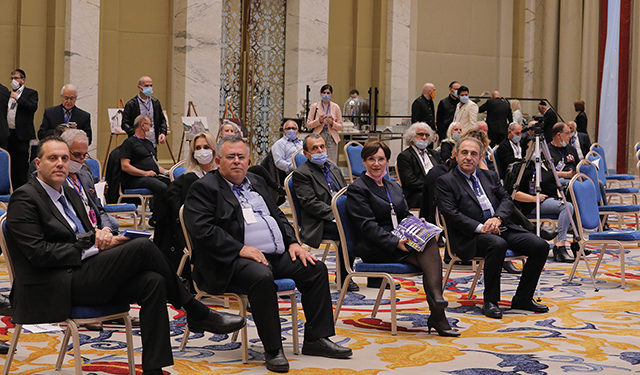 In accordance with pandemic-related regulations, Israeli Week opened in Tbilisi. The organizer of the Week is the Israeli House, which invited three delegations of a total of 120 people, consisting of parliamentarians, businessmen and public figures, to Tbilisi. Local Jewish organizations will participate in the Israeli Week.

The guests got to enjoy a 30-meter portrait of Anne Frank with Georgian-Israeli flags painted on the wall of a residential building.

Co-Chair of the Israel-Georgia Parliamentary Friendship Group at the Knesset, David Bitan, thanked MP Sokhadze for arranging the Israel-Georgia Friendship Alley. He also thanked Israeli House for “such activities and for strengthening ties between the two countries.” According to Bitan, opening a friendship park and creating a portrait of Anne Frank in one of the biggest districts in the city is “the best message that a great friendship connects the two countries. At the same time, the memory of the people who fell victim to human crimes is immortalized in Georgia.” The Israeli parliamentarian noted that Israeli House is a “role model” in its activities, and similar activities should be carried out in other countries too.

Haim Katz, a member of the Knesset for Likud, one of the largest political parties, recalled the words of Anne Frank: “I want to live after my death,” and noted that he is the son of an Auschwitz survivor. His personal goal, he said, is to immortalize the memory of the victims and survivors of this great tragedy. The newly opened park is a sign of sincere friendship. 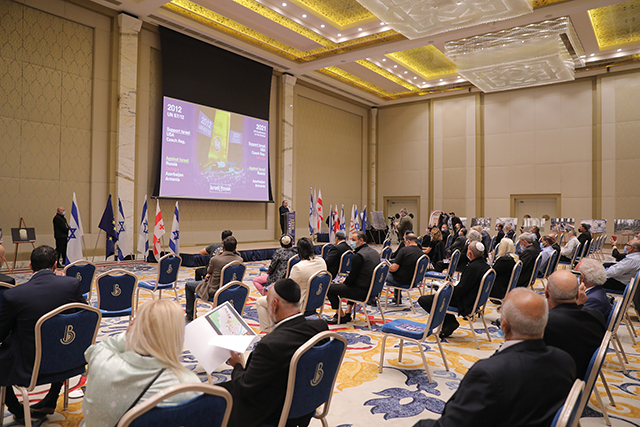 According to the president of The Israel-Georgia Chamber of Business and the head of the “Israeli House”, Itsik Moshe, The action is considered mutually important, as it connects cities, businessmen and representatives of a friendly country. This is the second grand event dedicated to the memory of the victims of the Holocaust and the Georgian Schindlers. Last year, the Israeli House opened a memorial to the victims of the first Holocaust in Oni. This year, a portrait of Anne Frank was painted in Tbilisi, where a corner in memory of the victims of the Holocaust and Georgian Schindlers will be arranged in the Georgian-Israeli Friendship Park.

The Israel-Georgia Business Forum opened on September 30 at the Biltmore Hotel. In the hall, an exhibition of Jewish cultural heritage was organized together with the European Association for the Preservation and Promotion of Jewish Culture and Heritage (AEPJ) and seven member countries. Jewish Cultural Route, officially represented by the “Israeli House”, within Council of Europe and with the support of the Ministry of Culture of Georgia, has been operating for five years.

In parallel, the Tenth Annual Consultative Forum on Cultural Routes was held in Kutaisi on September 29-October 1. Israeli House is participating in it as a representative of the Jewish Cultural Route in Georgia, together with the Ministry of Culture.

The Tbilisi business forum was opened by the European Alliance (EAI) with a letter of thanks from around 100 European parliamentarians directed to Israeli House and the Government of Georgia for their support to Israel at the Durban Conference. Israeli parliamentarians participating in the forum also thanked Georgia.

In his speech, Itsik Moshe spoke about the decisions of the Durban Conference in 2012 and 2021 and noted that the 2012 Durban Resolution 67/19 – along with Russia, Armenia and Azerbaijan, was also supported by Georgia. This year, Georgia took a pro-Israel position with these countries, along with the United States, the Czech Republic and leading European countries.

At the beginning of the forum, Moshe noted that the Israel-Georgia Chamber of Business is celebrating its 25th anniversary this year. According to former Israeli Minister of Economy, Amir Peretz, the Business Chamber has become a major bridge in economic relations between Israel and Georgia. Itsik Moshe spoke about the relations between the two countries and noted that it needs a gentle attitude. This is well understood by those who put energy into these relationships. According to Moshe, “on one hand we strengthen ties, and with the other hand we take care of solving the problems of existing investors with the same energy.”

Three successful projects were presented at the business forum. Specifically, an agreement was signed with the international management of WYNDHAM leader for the exclusive and leading brand COLLECTION’s entry to the Georgian market and the construction of three hotels, one of which is already under construction, with the support of the TBC bank, in the center of Tbilisi. 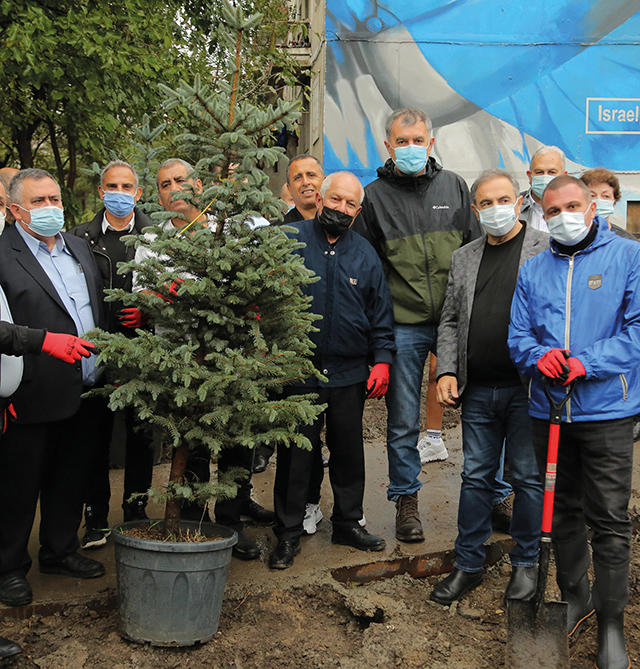 Georgian Kosher products were presented – wine and processed products which are exported to the USA and Israel. The third presentation was about recently completed tourist infrastructure in the tourist town of Tsalka – Dashbashi.

The last 32 years of Israeli-Georgian relations were also discussed at the forum. A presentation of the book ‘Zionism Against All Odds’ published by the “Israeli House” was held.

According to Knesset member, former head of the coalition Miki Zohar, the topic of the meetings was diverse, starting with economics, and ending with cultural relations and education. “We are studying the potential of a friendly country, which will help us to deepen future ties,” – the parliamentarian stated.

The Israeli guests took part in the opening of the Israeli Room at Grigol Robakidze University, one of the leading higher education institutions in the country.

Itsik Moshe introduced the working methodology of the “Israeli House” to the members of the delegation, spoke about the prospects of opening the organization’s representation in 100 countries, and the development of bilateral tourism. The head of the “Israeli House” handed over to the Israeli delegation a project that envisages the growth of tourism from Georgia and post-Soviet countries to Israel and the unimpeded entry of the citizens of these countries.

During the Israeli Week, the Georgian-Israeli Chamber of Business will prepare an analysis of the last 25 years in business relations. The conclusion will be presented to both parties. Asked how timely such meetings are, Moshe noted that Georgia-Israel are two historical and emotionally-connected countries.

“We lost two years because of the pandemic, and now every day of delay is a day lost in important work. So the timing for getting things done is always a factor!” 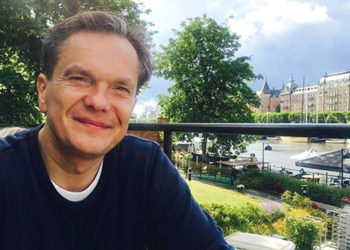 Eitvydas Bajarunas, Lithuanian Ambassador to Russia: The End of this War Will Be Decided on the Battlefield in Ukraine, Not by Diplomacy

Georgian Dream and the Opposition on the Topic of EU Candidacy