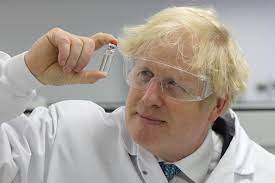 Boris Johnson, Prime Minister of the United Kingdom, announced the UK is going to donate coronavirus vaccines to poorer countries in the next few weeks.

The United Kingdom will distribute 100 million doses to other countries.

“As a result of the success of the UK’s vaccine program, we are now in a position to share some of our surplus doses with those who need them. In doing so we will take a massive step towards beating this pandemic for good,” said the prime minister.

The United States was the first to announce vaccine donation to low- and middle-income countries- some 500 million doses of Pfizer vaccine are expected to be sent out.

The group of leaders of wealthy nations, which include countries such as the United Kingdom, Germany, France, Italy, the United States, Canada, and Japan, will distribute one billion doses of the vaccine to other countries.