Controversy Between Law Enforcers and Opponents of Construction of HPP 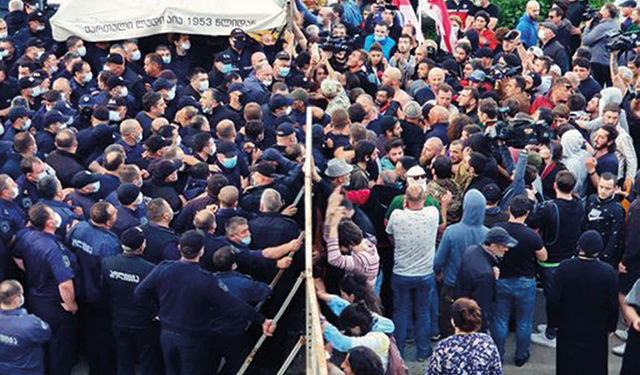 Protestors block the entrance to the site so no workers or equipment can enter. Source: 'To Save the Rioni Valley'

Rioni Valley Guardians reported a confrontation took place between law enforcers and opponents of the construction of Namakhvani HPP in the village of Tvishi.

Activists say police used force to drive two vehicles into the Rioni Valley carrying fuel and possibly food for the company “Enka,” Which the activists protested and all this caused a commotion.

No one was injured in the accident and no one is detained, the place is quiet now.

Residents of various villages in the Rioni Valley have been protesting against the construction of the HPP for more than 6 months.

“Today, on the Tvish side, where there are relatively few people and less human resources, the entrance was chosen and there was a confrontation. A large number of special forces were deployed and they were crossing the population. That way, they have managed to bring in one tank of fuel.

We are surprised when the Prime Minister one day makes a statement that this project will not continue in this form and we see that people are being harmed to continue the work. We think such steps will lead to even bigger protests in the society,” said Varlam Goletiani, one of the organizers of the rally.

Source of the quote: 1tv.ge