Irakli Khmaladze: Waiting Time for Transport in Tbilisi to be Reduced to 4 Minutes on Average 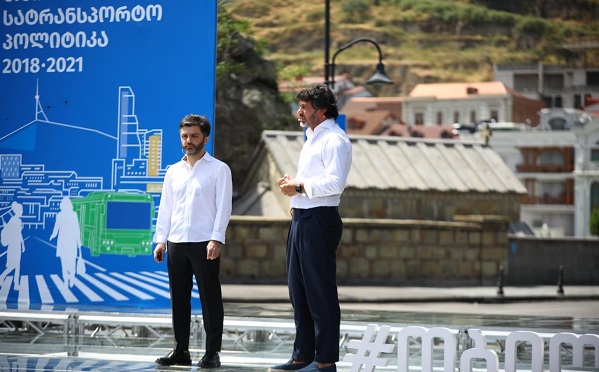 At the presentation of the report on the projects implemented in the field of transport policy, the Vice-Mayor of Tbilisi, Irakli Khmaladze, said that after the full introduction of the new transport network in Tbilisi, the waiting time for public transport will be reduced to 4 minutes on average.

“We have developed and are gradually introducing a new transport network, which has three levels,” Khmaladze said. “It consists of a fast-moving corridor, connecting two routes from urban and district. 12-meter buses will run on the fast transit corridor and we will add 18-meter buses in the future. On city and local routes there will be 6, 8, and 10-meter buses.

“After the full implementation of this network, the waiting time will be reduced to a minimum. It will be 4 minutes on average, and the capacity of buses will increase 2.5 times.”

Tbilisi Mayor Kakha Kaladze noted that if bus lanes are not arranged, then the implementation of these reforms will be completely meaningless. The problem will not be solved just by buying new buses.

“There is still a serious problem with the waiting time in the city. This is because public transport in the city does not yet have the proper infrastructure. Of course, bus lanes were marked on some streets, but the main directions that the vice-mayor was talking about are not completely regulated.

“There are times when people have to wait half an hour, 40 minutes, even though we have increased the number of buses and have updated public transport. But that alone cannot be the solution. It needs to be repaired with the appropriate, accompanying infrastructure, which we will definitely do,” he added.