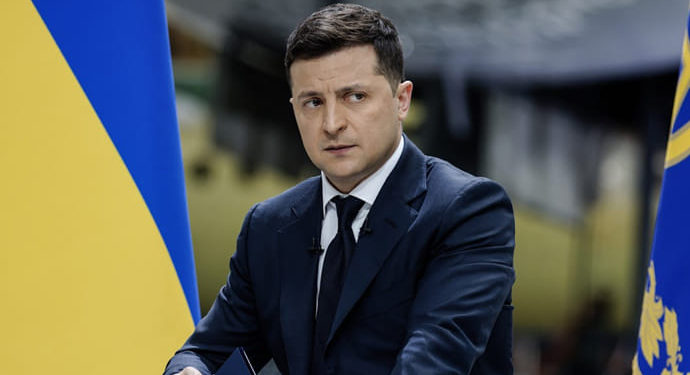 President Volodymyr Zelensky has said he will consider the issue of severing Ukraine’s diplomatic relations with Russia.

He announced this at a joint press conference with President of Estonia Alar Karis in Kyiv on Tuesday, an Ukrinform correspondent reported.

“We see an attack on the sovereignty and territorial integrity of our state. I received a request from the Foreign Ministry to consider the issue of severing diplomatic relations between Ukraine and Russia. Immediately after the press conference, I will work on this and other issues,” Zelensky said.

Zelensky calls on the international community to impose sanctions on the Russian Federation immediately.

“Do not wait until [additional escalation] occurs, because the first steps of aggression have already been taken,” the President said.

He added that yesterday’s events were an “escalation step on the part of Russia” and highlighted that Ukraine had recently offered to resolve all issues through negotiations. He noted that Russia has created a precondition for future armed aggression by recognizing the two regions.