Zelensky on Charles Michel: Great Friend of Ukraine in Kyiv – Thanks for Solidarity 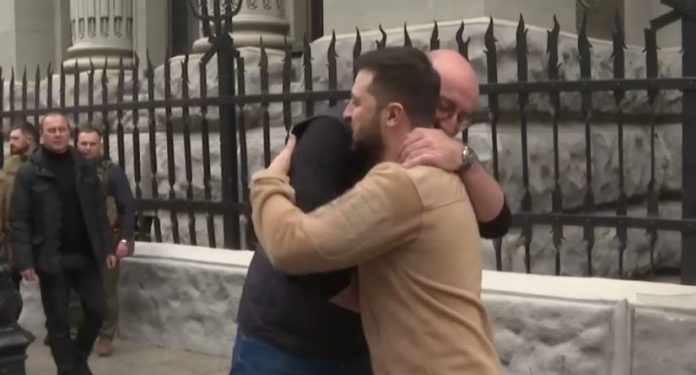 Zelensky thanked Michel for his visit and support towards Ukraine.

The leader of Ukraine wrote about it on social media and shared a video of a meeting with Michel.

Zelensky said he and the president of the European Council discussed sanctions against Russia, support for Ukraine’s defense and financial sector, and a questionnaire necessary for EU membership.

“A great friend of Ukraine – the President of the European Council, Charles Michel is in Kyiv today. We discussed sanctions against Russia, our state’s defense and financial support, and answers to a questionnaire in line with EU criteria. Thank you for the important meeting with the people and for the solidarity!” Zelensky wrote on Twitter.

On Tuesday, Western leaders promised to provide more help to Ukraine during a videoconference convened by US President Joe Biden, which Michel participated in along with other EU leaders.