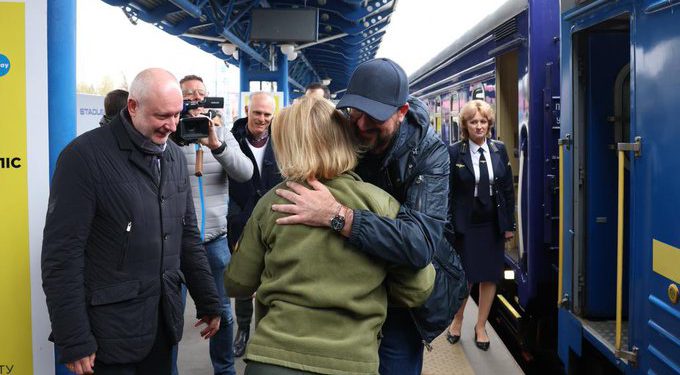 “In Kyiv today. In the heart of a free and democratic Europe,” Michel wrote on his Twitter account, accompanied by a photo taken at a train station in the Ukrainian capital.

In the heart of a free and democratic Europe. @ZelenskyyUa pic.twitter.com/7DxTeoxtMc

Ukraine received fighter jets to help resist the Russian invasion, as Moscow intensified its offensive in the east where a besieged officer in Mariupol warned Wednesday his forces were facing their “last days, if not hours”.