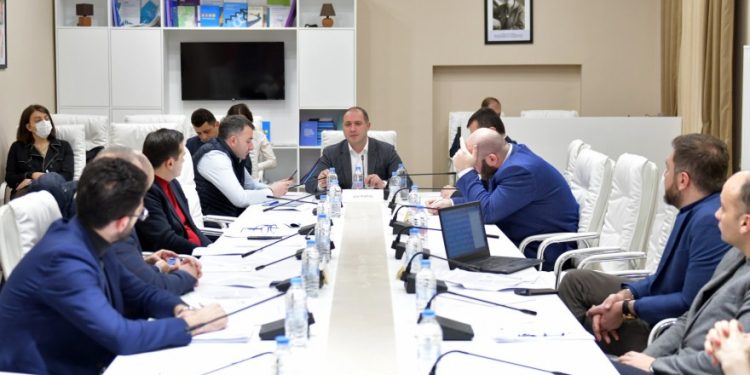 The Working Group on Revision of the Election Code discussed the OSCE/ODIHR and Venice Commission Preliminary Joint Opinion and the recommendations reflected therein.

As First Deputy Chair of the Faction Georgian Dream and the Head of the Group, Givi Mikanadze noted, the Opinion provides positive assessments to numerous issues, namely, establishment of the impartiality guarantees for the non-party Commission members; selection of the precinct officials by the District Election Commission; digitalization and upload of the bulletins in the constituencies where the elections are held in a traditional method; allowing the non-electronic cards; establishment of new criteria for vote tabulation at the constituencies; extension of the observer mandate during the non-electoral period; doubled sanctions for the illegal use of the administrative resources; establishment of the 3-year limitation period on the abuse of the administrative resources of official authority in the electoral campaign instead of 2 months; extension of the term of appeal; marking of the electors using the mobile ballot box and reduction to half of the annual allocations for parties.

As Mikanadze elucidated, certain issues will be in detail deliberated on the II reading.

“Our positions and the positions provided in the Opinion coincide on many issues. The meeting today led to the agreement on 13 issues to be reflected in the Draft upon the II reading, namely, the reduction of the term of the upload of the digitalized bulletins from 3 to 2 days since the term for appeal is up to 3 days and hence, the parties shall have the time enough to appeal and it was a direct recommendation; the 60-day term for the response to the administrative offense during the non-electoral period shall be reduced to 30 days; the limitation period for the violation of the financing rules of the electoral campaign shall be increased from 3 to 6 years; the term for the imposition of the disciplinary liability shall be reduced to 7 days before the E-Day, while we had 15 days provided in the Draft; and the term of 15 days related to the E-day shall be reduced to 12; the restrictions for the observers on the basis of the recommendations will get stricter. In our Draft, it is provided that the observer, starting from the one last general or snap elections shall not be a representative of any of the political subjects in the electoral administration or shall not donate, while the Opinion offers that 2 last elections are established for the lower link Commission members and similarly, we shall extend this term and inculcate more guarantees; the norms related to the electors with disabilities shall move to the transitional provisions; vote tabulation and composition of the final protocols imply that the manually counted data shall prevail, which shall be provided in the summarizing protocol; the printed-up paper after the elections shall be used for summarizing the preliminary returns and each Commission shall ensure the count of the bulletins and composition of the final protocols; besides, all the electors shall be marked regardless of the form of participation in the elections – electronic or non-electronic participation; minimal number of the candidates to be nominated to the CEC for the Parliamentary and Municipal Elections has been reduced in half by us – it was 76 at the I reading in case of the Parliamentary Elections and half for the Assembly – it was positively estimated but a recommendation was given to further reduce the number and thus, we introduce the 40% reservation – 60-person list for the Parliamentary; the reduction of the residential qualification proposed by us was positively estimated by OSCE/ODIHR. We reduced 5 years for the Municipal candidates to 1 year but we were recommended to reduce the term to 6 months or annul at all and thus, we made a decision to reduce the term to 6 months; the PEC authority term shall be imperatively determined in a strict manner – the 30th day prior the Election instead of the record that may be vague and entail confusion – hence, we were offered to determine the validity term of certification and based on the international practice and according to the experience, the term shall be determined by 5 years”.