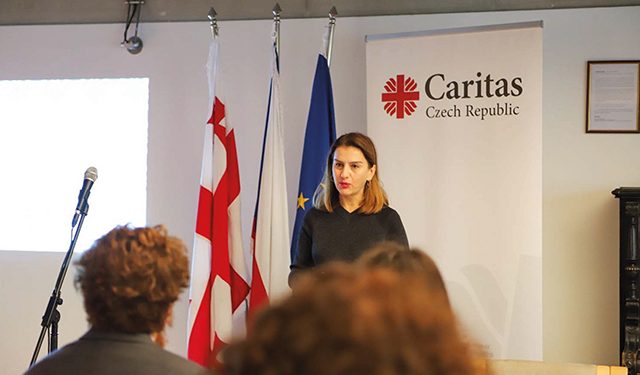 Georgia has a significant stigma around human immunodeficiency virus (HIV) and acquired immunodeficiency syndrome (AIDS). A large part of society still believes that only the LGBT community and intravenous drug users can have such diseases. That is why it is a challenge for people in the risk groups to decide on HIV testing, which, in turn, increases the number of infected people who are not aware of their own HIV-positive status.

What can encourage people in the risk groups (a person who had unprotected sexual contact at least once, has been transfused with blood from another person, or has been in contact with an instrument that may have been in contact with the blood of an infected person, is in a risk group) to take an HIV test? This is the question the United Nations Development Program (UNDP) Georgia, the United Nations Population Fund (UNFPA) Georgia Country Office and Caucasus Research Resource Center (CRRC) decided to find the answer to and laid the foundation for a joint innovative project. Caritas Czech Republic and Center for Information and Counseling on Reproductive Health “Tanadgoma” joined the project in 2022. The second phase of the project aimed to develop and test behaviorally informed communication messages to persuade the general population to self-test for HIV. 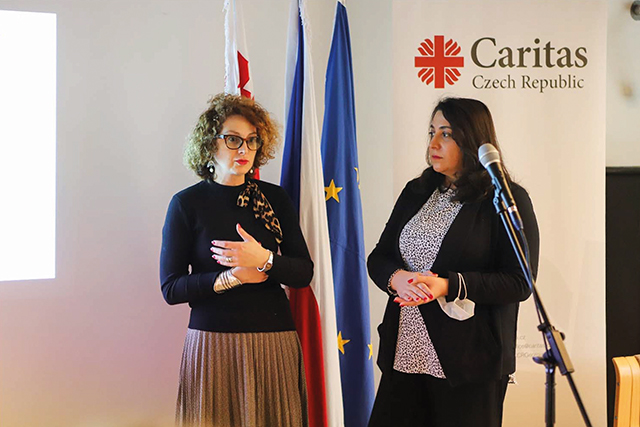 An innovative experiment in healthcare
As Khatuna Sandroshvili, innovations specialist says, UNDP has been introducing innovations in the public sector of Georgia since 2014, however, it was decided to use this approach in the health sector for the first time within the framework of the mentioned project. Khatuna, along with other parties involved in the project, shares with the key findings of the project and explains how important it was to use an innovative approach to achieve the final results:

“The activities planned through the project were based on behavioral science and aimed to develop services and policy recommendations. Accordingly, the number of partners increased depending on how the course of the experiment developed. In the first phase, we worked on a randomized controlled trial with the involvement of the British organization The Behavioral Insights Teams and CRRC, and in the second phase, which was already joined by the Caritas Czech Republic and other partners, we carried out this study. The team working on the project was able to make specific recommendations regarding what could be the main factors among youth, specific groups, and the general population, to decide on HIV self-testing.” 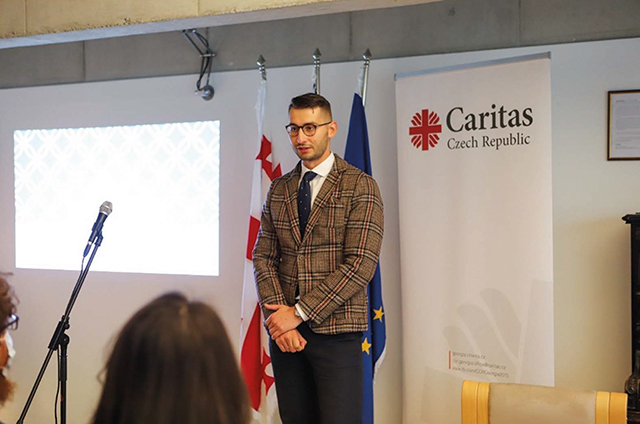 Technical details of the project
Dustin Gilbert focuses on the technical side of the project. He explains that in order to find out what motivated young people to decide on HIV self-testing, they tested several behaviorally informed messages, for which a special online platform was used. According to him, although the results of the first randomized controlled trial seemed promising, the target groups still did not make the decision to self-test for HIV:

“We thought maybe the website was too complicated for people and we simplified it. In the end, we actually found out the key drivers of why people were not ordering self-tests and in the end, a large number of people did order the tests.

From the research angle, these are really great results and potential for public health in Georgia and if the project scales, we might see better results in the long term.”

The results of the project will contribute to the future work of healthcare system
Pavel Faus, Senior Project Specialist of the Czech/UNDP Partnership for SDGs shares with his impressions and says that what he most appreciated in the project was the multi-side partnership Caritas Czech Republic was able to create around it within the one-year intervention:

“It was what really impressed me. In the end, when you see the final presentation and results, there are too many logos but actually it is something good because it shows that the management team here in Georgia was able to make the best use of all the different advantages, that the different organizations and people had to put together to conduct the very interesting study which I believe and hope will have a place in the future of planning how HIV testing can be implemented in the country.”

Within the framework of one-year project, behaviorally informed message box was developed and tested for effectiveness in motivating people to conduct HIV self-testing. Based on the research results, the most effective communication messages were selected for developing further campaigns and presented to the National Center for Disease Control and Public Health (NCDC), the Center for Infectious Diseases and AIDS, and HIV researchers. Last, but not least, the initiative also worked on training selected medical personnel to provide young people with confidential, trusted, and stigma-free medical services.

The project “Behavioral Insights for Low Uptake of HIV Testing in Georgia” was implemented by the United Nations Development Programme (UNDP) through the Challenge Fund, with the financial support of the Ministry of Foreign Affairs of the Czech Republic.