Why Did Iran-Azerbaijan Relations Become Strained? 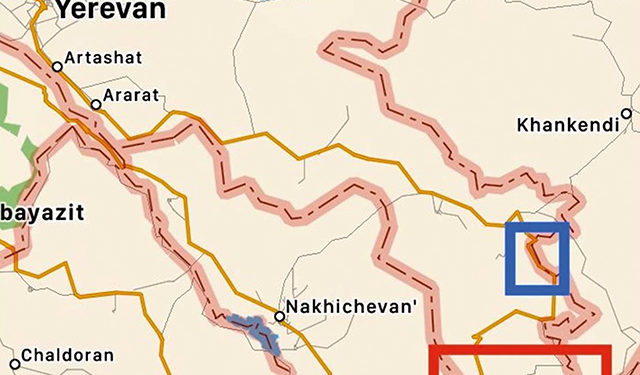 Analysis by Zurab Batiashvili for the Rondeli Blog

Numerous conflicts have arisen in the Caucasus in recent decades, and today it seems that another new, this time Iranian-Azerbaijani, confrontation has matured in the region, one that will not be confined to these two countries alone.

The balance of power in the region has changed significantly since the Second Karabakh War, with Azerbaijan’s victory followed by the stirring up of Turkish-Azerbaijani nationalist sentiments both in the Republic of Azerbaijan itself and in the north of Iran, where about 20 million ethnic Azerbaijanis live (while the population of Azerbaijan itself, according to official figures, is 10 million).

The most recent trigger was the arrest of two Iranian truck drivers by Azerbaijanis on a section of the Armenian-Iranian land route that the Azerbaijani side had regained control of after the second war in Karabakh. According to the Azerbaijani side, the drivers are involved in illegal trade with the separatist Nagorno-Karabakh. It should be noted, though, that this is the only road connecting Iran and Armenia, which Tehran views as one of the main transport arteries connecting the country to the Black Sea (and Europe), and which is a vital section of the North-South Corridor (Russia-Iran).

Moreover, official Baku and Ankara are requesting access to the road connecting Turkey-Nakhichevan-the rest of Azerbaijan through southern Armenia. While the opening of these roads is envisaged by the Russia-Azerbaijan-Armenia peace agreement signed a year ago, the Armenian side has yet to agree to the request.

At the same time, there have been some suggestions in Azerbaijan (including at the highest levels) that the southern part of Armenia (which the Armenian side calls Syunik and the Azerbaijani side calls Zangezur) is a piece of old Azerbaijani territory which, via historical “misfortune,” found itself within the boundaries of the neighboring country.

The President of Azerbaijan, Ilham Aliyev, went even further, saying that if Armenia did not voluntarily agree to the proposal to open the corridor, then Azerbaijan would do so itself by force.
Clearly, in the event of such a development, not only would the transport routes connecting northern Iran with Armenia, Georgia, Russia, the Black Sea and Europe be physically blocked, but, from Tehran’s point of view, a single Turkish-Azerbaijani arc would thus encircle Iran, possibly further inflating nationalist attitudes among Azerbaijanis living in northern Iran.

The Israeli factor further aggravates relations between Tehran and Baku. It is known that Israeli-made drones were actively involved in the Second Karabakh War, and, in Iran, there is th widely held belief that Israeli military units are stationed on the territory of Azerbaijan, an accusation that was openly made by Official Tehran a few days ago. On the other hand, Israel suspects that Iran will soon have nuclear weapons, and experts are increasingly talking about a possible Israeli attack on Iran in order to eliminate Tehran’s chances of developing such weapons.

It was these events that Iran assessed as a direct threat against it and led to its decision to hold a military exercise of unprecedented scale near the Azerbaijani border, which involved four Iranian divisions with a total of 50,000 Iranian soldiers.

The name of the Iranian exercise itself is also symbolic – Tehran named it the “Conquerors of Khaybar.” Khaybar is a city in Saudi Arabia where Muhammad defeated the Jews in 628 and which is considered a symbol of Muslim victory over the Jews. In this controversy, too, Tehran accuses Baku of allying with Israel and acting jointly against Iran.

The Iran-Azerbaijan confrontation was soon reflected on social media, where explicit elements of information warfare, featuring historical and nationalist narratives, were spread.

The Azerbaijani nationalist narrative is “South Azerbaijan is not Iran!”

The Iranian nationalist narrative is “Let’s make Azerbaijan part of Iran again!”, with many in Iran believing that the territory of modern-day Azerbaijan was taken by Russia 200 years ago, and that it is time to “return” it as the 32nd province of Iran.

Of course, Azerbaijan is not alone in this controversy; it has Turkey’s unambiguous support, and, most likely, that of Israel as well, although these are topics for a separate discussion.

The Iran-Azerbaijan confrontation has its own history, but in this case, the new wave of confrontation was precipitated by a new balance of power formed after the Second Karabakh War. Tehran felt that its positions were weakening, in its estimation leading to an increased level of threat. The close ties between Azerbaijan-Israel and Azerbaijan-Turkey are unacceptable for Tehran, as is the weakening of Armenia’s position in the region, which is clearly noticeable after the Second Karabakh War. This standoff does not mean that there will automatically be a direct military confrontation, however, the issue is long-term in nature and this problem can be expected to reemerge many times in this region. This tension shows once again how fragile peace and stability is in the Caucasus, where strong regional actors closely monitor ongoing events and react quickly.

Russia has not yet stated its position on the controversy. However, it is clear that Moscow is closely monitoring the developments and, in all likelihood, believes that the time for their response has not yet come (recall, the Kremlin acted similarly during the Second Karabakh War, where it deliberately held off for a long time). The emergence of a new hotbed of tension in the Caucasus is not in Georgia’s interests. Clearly, peace and stability are. However, the capabilities and tools of Official Tbilisi to influence current events are limited.

Analysis by Zurab Batiashvili for the Rondeli Blog

Originally published on the Rondeli Blog.