Who Knows and Wants to Tell the Truth? 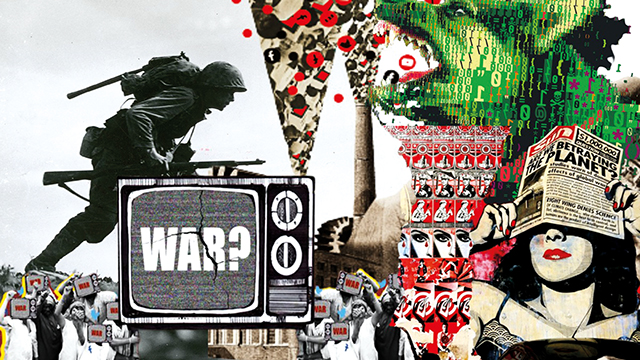 Those rooting for Ukraine in this country want to hear news that names Ukraine the winner in its major conflict with Russia. Those who think that Russia is not a villain but a fair actor want to hear war info that predicts a happy end for the Russian military machine. Both sides are wrong, because both are unjust in their biased attitude towards the situation, and there is nothing in the world that might justify their wishful thinking.

I wonder who knows the truth, and, if the truth about this war is known at all, would it make any sense if that truth is simultaneously fed both to the fans of Russia and Ukraine in the same amount with the same content.

Listening to the young Ukrainian president’s unalterably optimistic description of war developments, one might think that tomorrow morning the world will wake up to the official statement that the depleted and exhausted Russian army was completely crushed by the heroic Ukrainian people, and the invincible troops of Ukraine are celebrating victory as the chagrined Russian generals are being severely punished by their saddened and infuriated commander-in-chief. On the other hand, giving heed to what most of the Russian media is telling the world, Ukraine’s actor-turned-politician head of state is breathless, his much-talked about courageous boys never to surrender, even if they are en-masse taken prisoner.

The actual physical clash between Russia and Ukraine is one thing, and the concrete information on the war is something else entirely. And it is exactly the war propaganda mechanism that creates either one impression or another. Yet, people around the globe feel out of the loop, finding themselves coming up with bungled conclusions and blindly taking sides, with no actual idea what the real war picture is. All of them agree on certain things, though, such as that Ukraine will never be the country it was before the war, and Russia will never again be loved and respected by the rest of the world as it was.

This is an overall international picture which repeats in Sakartvelo, in miniature, where the thoughts and statements preponderate more in Ukraine’s favor than in Russia’s. Ukrainian flags can be seen flying all over the place; people use the flag colors profusely as ornamental symbols, clothing and decorative shades, while extensively degrading all that is Russian, not trusting even the vestige of fairly genuine information on positive developments on the Russian side of the war.

Understandably, nobody loves an aggressor, but this fact has nothing to do with fair journalistic coverage of the conflict. Why should we be afraid to call a spade a spade? In holding up the heroic deeds of the Ukrainian people in battle, and their courageous military, why can’t we also mention, at least in an acceptable and politically correct measure, that the Russians have their strengths too; for instance, their staunch resistance to more than 10,000 international sanctions, their capability to continue making money in the energy market, their capacity to keep the strengthened ruble up and going, their outstanding polit-economical ruse to have a lot of countries purchase their oil and gas in the Russian national currency, an unprecedented financial transaction, and, finally, the step-by-step takeover of the Ukrainian lands in the east and south of the country?

If, by some diabolical chance, Russia wins the war (which few of us want), what will happen? Are we going to take the famous ostrich pose, burying our heads in the sand and shaking our tails as if we don’t know the war is over? Where is that weathered ancient journalistic motto, that facts are sacred and comments are free? Are we no longer sticking to its letter, spirit, sense and value? If not, then the meaning of journalism has gone to smithereens in this land!