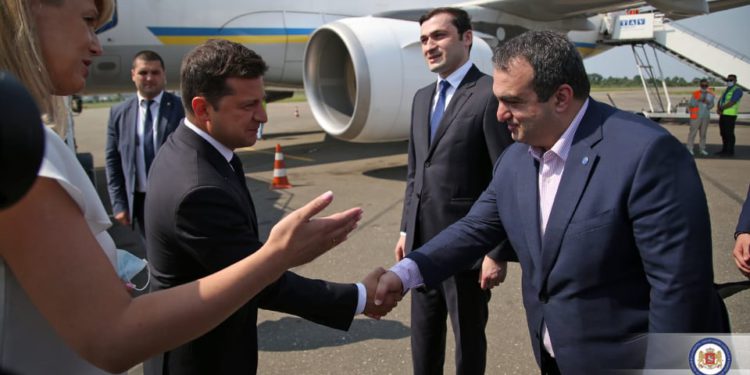 Volodymyr Zelensky, President of Ukraine, arrived in Batumi at the invitation of Georgian President Salome Zurabishvili.

He was met at the Batumi International Airport by Deputy Foreign Minister Lasha Darsalia, Georgian Ambassador to Ukraine Teimuraz Sharashenidze, and Chairman of the Government of Adjara Tornike Rizhvadze.

President of Ukraine Volodymyr Zelensky is going to participate in the international conference ‘Georgia’s European Way.’ The main topic of the conference will be enhanced cooperation between the three associated partners of the European Union – Georgia, Moldova, and Ukraine.

A joint meeting of Charles Michel with the Presidents of Georgia, Moldova, and Ukraine, is planned and will be followed by a press conference.