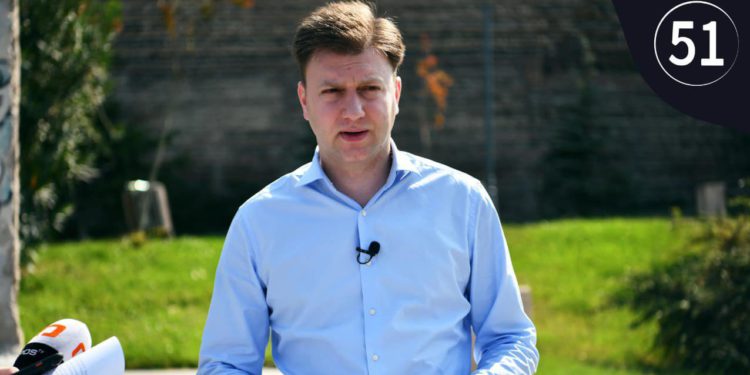 “We are starting to collect signatures demanding a public plebiscite on the issue of banning LGBT propaganda,” Vato Shakarishvili, an independent majoritarian candidate from Saburtalo, posted on his Facebook page.

Shakarishvili writes the following: “The will of the majority of the population must be represented in the law, gross attempts to impose an ideology unacceptable to our country must end.

This legal path has been chosen by the EU member states, one example is the Hungarian model, whose primary purpose is to protect the consciousness of children and adolescents from aggressive propaganda.

With this model, dissemination/access to LGBT-related materials and information is legally regulated.

Taking into consideration we have 14 political parties in favor of LGBT Pride in the country, who along with outside forces fight the future of this country, the government must protect the will of the absolute majority of the population!

“The process of collecting signatures will take place in my election headquarters: Shartava 35/37 and Digomi village, Davit Sarajishvili 50. The campaign will continue after the election and signatures will be submitted to the government requesting a plebiscite.”

Responses to his plans have been mixed, as shown in the comments on his post, in which some supported the idea, but far more were against.

“How many politicians should try to manipulate this topic before the elections and then get 0.3% in the elections? Have you ever realized that people do not get “excited” about this topic the way you think?” another wrote.

“Populist, cheap wannabe politician,” a third wrote. “The country collapses, a pandemic is raging and there is no justice, and still, you choose the LGBT community as a punching bag. Do you really care about the people, or who are you trying to please?”

“I feel pity for you. Could not you find other problems in-the country to eliminate?”

“Boy, boy, boy, people who had nothing to do, they have all gone into politics and meanwhile they try to achieve popularity with cheap, populistic topics.”