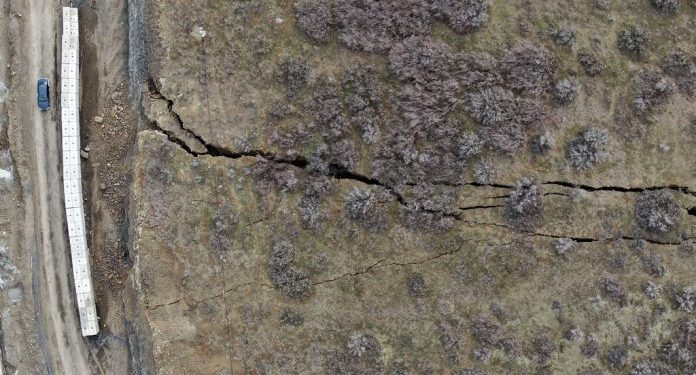 Residents of Vashlijvari are spreading a petition, that concerns the landslide processes started on the Vashlijvari slope. Residents demanding a moratorium on the construction of buildings in Vashlijvari and asking establishing a group of experts to study the landslide.

“population of Vashlijvari, demand from the Government of Georgia, Tbilisi City Hall and the Ministry of Environment Protection and Agriculture of Georgia to immediately announce a moratorium on the construction of any type of buildings in the Vashlijvari district: should not be issued any permissions for new buildings and all the processes under consideration related to the constructions in Vashlijvari should be suspended.

We also urge them to urgently coordinate the establishment of a group of independent experts, which will include Georgian and international independent geologists and other necessary experts (and not government geologists, who, as we have seen, have signed life-threatening conclusions) and representatives of the population. It is important that the identities of the members of this group be public and that they fully explore the Lisi Ridge according to modern, international standards. We urge that both the damaged slope and the entire part of the mountain be examined, and not just the area where the cracks have already been found. The process should be transparent, open and the population should be regularly informed about each step. We consider the involvement of the population in a special group as a necessary part of this process, as well as we demand public discussions of the research results,” the statement reads.