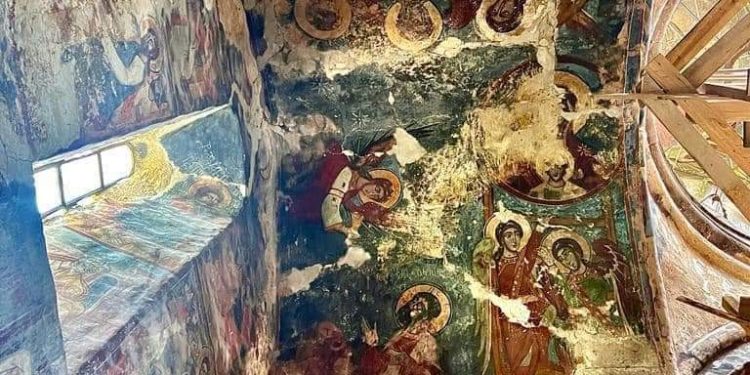 As a result of the earthquake that occurred in the morning of July 11 (magnitude 4.8 and 4.5; Village of Sameba – Dmanisi municipality), the frescoes in the Pitareti Monastery of the Virgin Mary (Tetritskaro municipality) collapsed.

The frescoes were also damaged during the May 2 earthquake.

On May 5, volunteer association the Movement for Cultural Heritage (Sakdrisi Committee) sent an official letter to the National Agency for the Protection of Cultural Heritage and demanded immediate action, but in vain.

“We would like to express concern over the alarming situation created in the Pitareti monastery complex of the Virgin Mary.

“After 4 years of rehabilitation works, water has been flowing into the 13th century cultural heritage monument of the category of national importance for the third month.

“We repeatedly addressed the problem to the National Agency for Cultural Heritage Protection, including an official letter on May 5, and immediately requested appropriate measures to be taken.

“Despite the fact that a group of specialists from the National Agency for Cultural Heritage Protection was present in Pitareti to study the situation, effective measures have not been taken yet, which is why it already rains in the temple during every heavy rainfall and the unique wall painting, which was saved after a lot of work, is still damaged.

“The unique painting of the temple is also threatened by frequent earthquakes, during which the frescoes collapse.

“The Movement for Cultural Heritage (Sakdrisi Committee) once again, this time publicly, appeals to the National Agency for the Protection of Cultural Heritage to urgently take appropriate measures to prevent water flowing into the temple.

“Also, we call on society to pay more attention to the problems existing in the protection and preservation of cultural heritage.

“The association of volunteers will continue intensive monitoring of the Pitareti Monastery Complex in the future.” 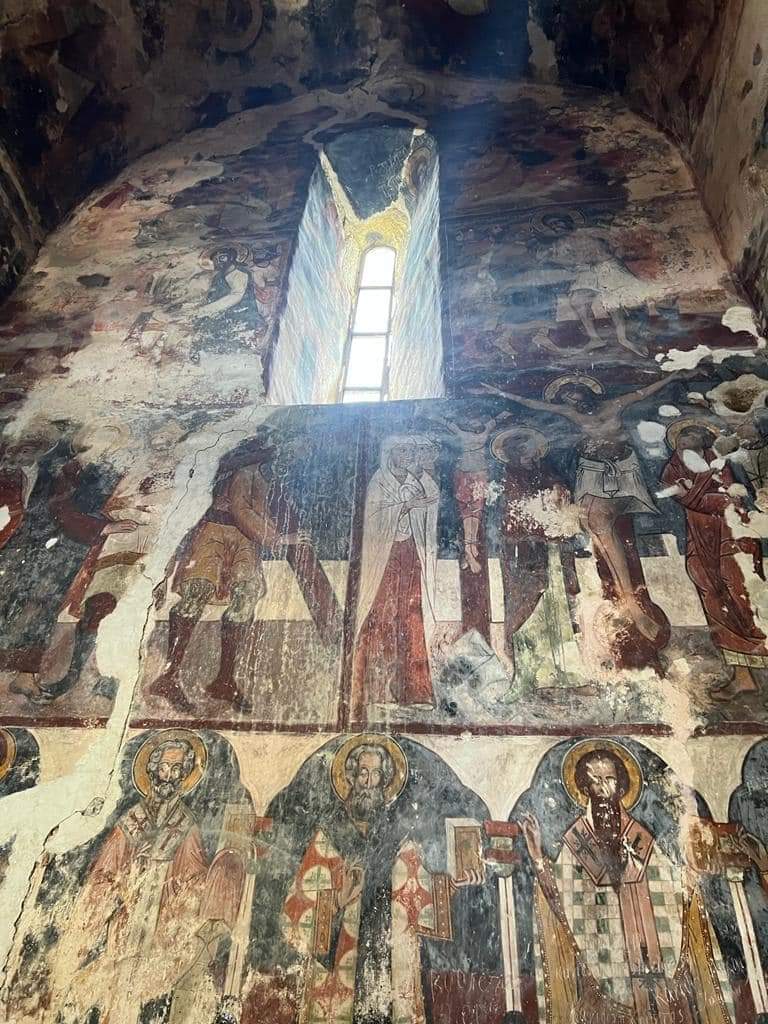 Pitareti Monastery, a medieval Orthodox Christian monastery in Georgia, is located in the Kvemo Kartli region, southwest of the nation’s capital Tbilisi.

The Pitareti monastery consists of the Theotokos Church, a belfry, the ruined wall and several smaller accessory buildings. The main church appears to have been built in the reign of George IV early in the 13th century. Its design conforms to the contemporary canon of a Georgian domed church. The façades are decorated, accentuating the niches and dormers. The entire interior was once frescoed, but only significantly damaged fragments of those murals survive.