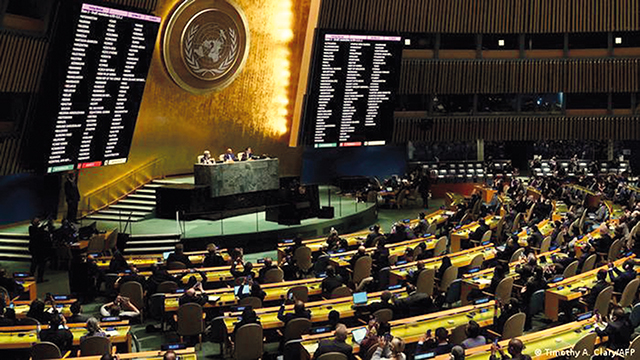 “Today I’m announcing 67 further sanctions on Russian elites and oligarchs, those close to Russian President Vladimir Putin who facilitate and support his outrageous actions,” she said.

“The events we have seen uncovered in Bucha only reinforce the importance of strong global coordination in response to Russia for their actions. Australia condemns these atrocities in the strongest possible terms,” she added.

Ukrainian forces entering Bucha after the Russian withdrawal have reported seeing mass graves and bodies of civilians left in the streets.

The country’s Ministry of Foreign Affairs says after the Russian invasion of Ukraine, the total number of sanctioned “individuals and entities” is about 600.

“My agenda is very simple. Weapons, weapons, and weapons,” Kuleba told reporters at the headquarters of the North Atlantic Treaty Organization, where NATO and G7 foreign ministers were discussing sanctions against Russia and ways to support Ukraine.

The Ukrainian diplomat says supplying arms to his country was the best way “to restrain Putin and defeat the Russian army in Ukraine.”

“The Ukrainian army and the entire Ukrainian nation have shown that we know how to fight. We know how to win. The more weapons we get and the sooner they arrive in Ukraine, the more lives will be saved, the more towns and villages will not be destroyed, and there will be no more Buchas,” Kuleba added.

The Minister then called on the foreign ministers of NATO and the G7 not to hesitate to provide Ukraine with everything it needs, saying “no matter how strange it may sound, today weapons serve the purpose of peace.”

NATO to Up Support
NATO Secretary-General Jens Stoltenberg said that NATO member states are supporting Ukraine in supplying equipment to protect Ukraine’s right to self-defense, which is protected by the UN Charter.
Stoltenberg is convinced that NATO “is considering the need for more air defense systems, anti-tank weapons, light and heavy weapons, and many different types of support for Ukraine.”

Stoltenberg also said that NATO is to step up its cybersecurity assistance to Ukraine. Further, the Alliance will provide equipment to help Ukraine protect itself against chemical and biological threats.

“The Allies agreed that we should also help other partners to strengthen their resilience and shore up their ability to defend themselves, including Georgia, and Bosnia and Herzegovina. For Georgia, we could increase our support through the Substantial NATO-Georgia Package,” he suggested.

Money Raised for Ukraine Escapees
The “Stand Up for Ukraine” global pledging event and campaign has raised €9.1 billion for people fleeing the Russian invasion, inside Ukraine and abroad, including €1 billion from the European Commission.

On top of that, the European Bank for Reconstruction and Development has announced an additional €1 billion in loan to cover the needs of the people displaced by the invasion.

A draft of the resolution says the General Assembly may “suspend the rights of membership in the Human Rights Council of a member of the Council that commits gross and systematic violations of human rights.”

The draft resolution adds that the council has “grave concerns” regarding reports of “gross and systematic violations and abuses of human rights” and “violations of international humanitarian law” committed by the Russian Federation during its invasion of Ukraine.

Among the countries that supported the resolution were the United States, European Union countries, the United Kingdom, Ukraine, and Georgia.