The World Standing by Ukraine: Accusations and Sanctions 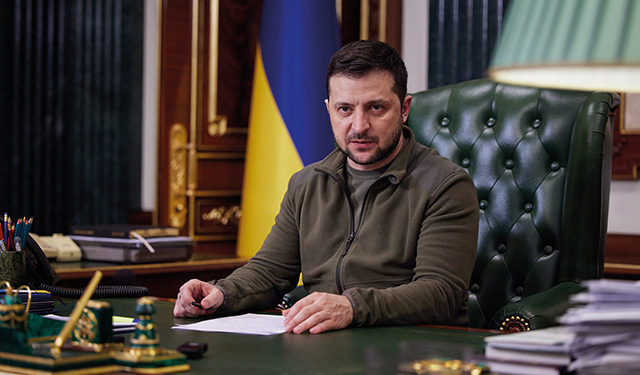 The President of Ukraine, Volodymyr Zelensky, stated in a video address this week that he had signed a decree recalling the Ukrainian Ambassadors from Georgia and Morocco.

“There are people who work with others to protect the state so that Ukraine can choose its future. We appreciate the actions of such persons. There are those who think only of staying where they are. I signed today a decree calling back the Ambassador from Morocco. The Ambassador from Georgia is also being recalled. With great respect: If there are no weapons, sanctions, restrictions for Russian business, please look for another job,” Zelensky said.

The Georgian side responded to the decision of Zelensky by noting: “The steps we have seen from the Ukrainian authorities are even more illogical. Of course, we understand that the Ukrainian authorities are in a difficult state of war, but this situation does not justify the steps that I can say directly are an insult to the Georgian state. There is no logical explanation,” stated Irakli Kobakhidze, the head of the ruling Georgian Dream party, adding their support for Ukraine was unwavering on all international platforms where political support was discussed, be it the Council of Europe, the UN, the OSCE, the Hague Tribunal or any other platform. He noted they were “doing their best to provide political support to Ukraine.”

As for international reactions to the ongoing war, NATO Secretary-General Jens Stoltenberg says Russian troops are moving and not withdrawing; that they are regrouping. He said additional attacks on Ukrainian cities could be expected.

“According to our intelligence, the Russian units are not retreating but moving. Russia is trying to regroup, supply, and intensify its attack in the Donbas region. At the same time, Russia continues to put pressure on Kyiv and other cities. Accordingly, we may expect additional attacks, which will bring even more suffering,” Stoltenberg said.

On March 29, Russia claimed it would reduce its attacks on Ukraine as delegates from the two countries met for their latest face-to-face peace talks in Istanbul.

Moscow said it would reduce its military activity near Ukraine’s capital of Kyiv and the northern city of Chernihiv, though Russia has not followed through on similar pledges in the past.

The EU is finalizing the fifth package of sanctions against Russia, European Commission Executive Vice-President Valdis Dombrovskis told a press conference after the Economic and Financial Affairs Council (ECOFIN).

“This is the EU’s response to the Bucha massacre, Russia’s latest atrocities and its callous attitude to non-combatants – innocent civilians, that have shocked the world,” he said, adding that the EU would continue to ramp the sanctions up as long as Russia continues its aggression.

He also said that EU countries should coordinate and work together, including with the EU’s global partners, “to make sure that sanctions are properly and quickly enforced, and not circumvented.”

“Any loophole should be closed off, quickly and firmly. Sanctions that exist only on paper are just that – paper. We want sanctions to continue biting Putin’s regime hard in the real world,” said Domrovskis.

Zelensky Speaks at the Grammy Awards

One of the highlights of the week was Volodymyr Zelensky’s address to participants at the 64th annual Grammy Awards, asking them to speak out and tell the truth about this war.

“The war. What’s more opposite to music? The silence of ruined cities and the dead. Our children draw swooping rockets, not shooting stars. Over 400 children have been injured and 153 killed, we’ll never see them drawing. Our parents are happy to wake up in the morning – in bomb shelters, but alive. Our loved ones don’t know if we will be together again. The war does not let us choose who survives and who stays in eternal silence,” Zelensky said.

He added that their musicians wear body armor instead of tuxedos. They sing to the wounded in hospitals – even to those who can’t hear them.

“But the music will break through anyway. We defend our freedom to live, to love, and to hear. On our land, we are fighting Russia, which brings horrible silence with its bombs – dead silence. Fill the silence with your music. Tell the truth about this war on your social networks, on TV,” Zelensky stated.