The Seventh Package of Sanctions and Embargo on Russian Gold 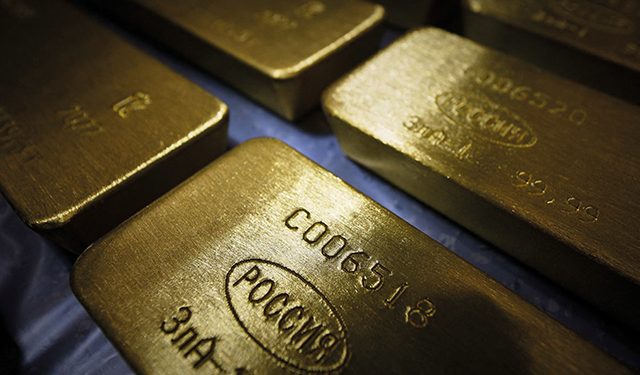 On July 21, the European Union states approved a seventh package of sanctions against Russia. The new restrictions include a ban on Russian gold imports into the EU, a freeze on the assets of “Sberbank”, Russia’s largest financial institution, and individual sanctions against people accused of war crimes. With the previous round of sanctions covering Russian crude oil, many thought the EU would target Russian natural gas in the next package of restrictions, but that did not happen, despite the fact that as the war continued, there was expectation of a tougher political and economic response from the West. The decision also became subject to criticism from the President of Ukraine, who openly says that much more radical decisions are needed to stop Moscow’s war.

There is no doubt that the most important component of the seventh package of sanctions is the ban on Russian gold. At the end of last month, the G7 countries, Canada, Japan, the USA and Great Britain, decided to impose an embargo on Russian gold imports, and were joined in this almost a month later by the European Union. Let’s take a look at how important gold assets are for Moscow, and what impact this restriction might have on the Russian economy and budgetary revenues.

The Significance of Gold Assets for the Russian Economy
In terms of gold mining, the Russian Federation is the second country in the world behind China, with the third place occupied by Australia. Gold is also an important part of Russia’s budgetary revenues. It is the second source of income for the country after the cash flows received from energy carriers. In addition, the Central Bank of Russia has denominated 21% of its national reserves in gold, which is approximately 135 billion US dollars. After the annexation of Crimea in 2014, Russia doubled the share of gold in its reserves. For Moscow, the annual income from the sale of mined gold was about 19 billion US dollars. The main market for its sales was the London Stock Exchange, where Russia sold about 16.9 billion US dollars’ worth of gold annually. The next places in the list of buyers were Switzerland, Kazakhstan, Turkey and India. Russian gold mining companies sell gold both on the domestic consumer market and via commercial banks, which then deliver it to the Central Bank or export it.

In 2021, Russia produced 314 tons of gold, which is about 10% of the global production of shiny metals. More than 700 gold mining companies operate in Russia, the largest of them Polyus, which mined up to 85 tons of gold last year, followed by Polymetal and Kinross Gold.

After the ban on the import of Russian gold from the West, Russia will have to look for alternative markets, and it will likely turn again to China and India. Even during the war, both countries have successfully continued to purchase Russian crude oil at a discount. Unlike other products, since the beginning of the war, Russia has managed to transfer its own gold to different countries, and will already have accumulated some experience in this regard. The states of the Middle East and Central Asia are also considered as potential buyers. In addition to mining gold internally, Russia is actively involved in extraction on the African continent, and is trying to strengthen its regional influence, including by increasing the dependence of these countries on self-made military weapons and equipment.

Why Target Gold?
The blow to Russian gold came in early March, when the London Stock Exchange unofficially banned trading in Russian gold. The “London Bullion Market Association” removed Russian gold refiners from its accredited list, and as a result, most buyers have given up on it. In addition, the United States of America prohibited its citizens from any transactions in Russian gold, leading to significant pressure on gold assets from the beginning, although now this process has taken on a more formal and radical character. Some experts suggest that the gold restrictions may have been more political than economic, as the American and European markets for Russian gold were largely closed anyway. At the same time, the Western countries imposed sanctions on the main banks dealing in Russian gold in previous packages of restrictions, and European refining companies and shipping companies cut off all ties with Russian gold.

The gold ban means that Russian mining companies, banks and oligarchs will be restricted in their ability to buy gold and convert it into hard currency, which they could otherwise use to mitigate the harsh economic effects of the international sanctions. Along with other restrictions, this sanction’s main goal is to financially exhaust Moscow’s war machine by limiting key sources of state budgetary revenue.

In general, gold is considered as a means of diversifying reserves for central banks, as it is considered a more stable and reliable asset than paper currency. Governments hold gold to deal with crises and to hedge against inflation. According to gold reserves, Russia ranks fifth in the world.

Conclusion
The restriction imposed by the West on the import of Russian gold will obviously have economic consequences, although the forecasts vary. According to experts, large fluctuations in the global gold market and a sharp price increase are not expected. In the medium and long-term, the approximate price is expected to remain within the range of 3-5%. The “World Gold Council” also forecasts the stability of the gold prices. According to them, the global gold reserves are sufficient to meet production and trade needs. Although Russia is one of the major gold miners, its factor in the global market may not be enough to cause noticeable changes.

Shortly after the start of the war, in early March, the price of one ounce of gold reached 2,050 US dollars, the highest level in the last 20 months. After that, the price decreased and became more or less stable.

Before the decision of the European Union states to embargo Russian gold on July 20, the price of one ounce of gold was 1,696 US dollars. At the current stage, its price is 1,727 US dollars. Thus, since March, its price has reduced by about 18%.

The ban on Russian gold imports is the most important component of the latest package of Western sanctions, which will obviously have a negative impact on the Russian economy, the only question is – to what extent? It is a fact that the sanctions are working, and from an economic point of view, there are quite severe consequences facing the authoritarian regime of Moscow, but, unfortunately, it has yet to result in a political decision which would lead to the cessation of the war. It is likely that the gold restriction will also fail to stop the Russian aggression, especially when, on the one hand, it has strong and reliable partners like China, India and the Persian Gulf countries, and on the other it has powerful political leverage over a number of African and Asian states.

Russia will try to find markets for the sale of its own gold, and will be ready to sell it at a relatively low price, as happened with its energy resources. The closure of the Western markets will obviously cause financial damage to the country, but in light of the partial filling of the deficit by other countries, it will not be a decisive factor for it to stop the war. It seems that Moscow is still managing to mobilize monetary resources to finance its aggression in Ukraine, most of which it receives through natural gas.

The West is expected to make tougher decisions which should fully cover the energy sector, but as winter approaches, this issue becomes more and more doubtful. The sanctions have already covered most industries of critical importance for Russia, and the list is expanding every month. Let’s see how much the next decisions will be a determining factor for stopping the war. The past has clearly shown that Western states are also being significantly affected by the sanctions, but without taking the greatest risk and being prepared for economic recession, stopping Russian aggression is going to be a difficult task to achieve.