The Russian Double — Defeat and Decline 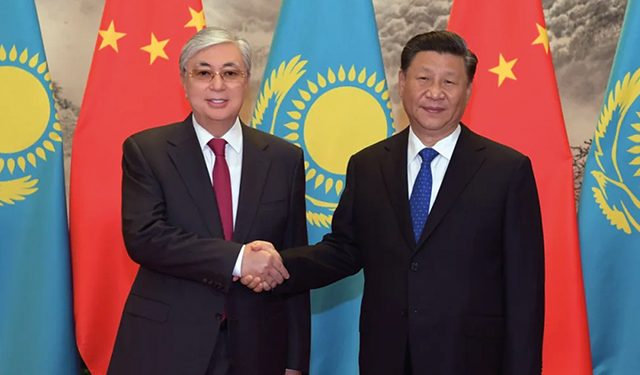 Russia may now be in an era of irreversible decline. That, anyway, is what the long-term trends indicate.

Russia’s once-vaunted military is being mauled in Ukraine. It will either lose outright, or remain to fight a hopeless war for years to come. Despite September’s rigged referendums, its attempt to legalize its seizure of Ukrainian territory not only generated derision but was swiftly challenged in the most profound way, by the Ukrainian armed forces liberating swaths of land from the Russian invader.

These defeats have reverberated wide and deep into Eurasia. In Central Asia, Kazakhstan, Russia’s critical link to the region, is worried about the Kremlin’s intentions. Its Russian-populated northern regions could easily become the Kremlin’s next geopolitical adventure if the war in Ukraine ends with some semblance of Russian success. This is encouraging its leaders to play its Chinese card: Xi Jinping obliged during a visit on September 14, noting rather tartly that “we will continue to resolutely support Kazakhstan in protecting its independence, sovereignty, and territorial integrity.”

But perhaps the biggest changes are taking place in the South Caucasus, where Armenia and Azerbaijan, two long-time rivals, are adjusting to the new reality created by a wounded and diminished Russia even as they seek to navigate the continuing repercussions of the Second Nagorno-Karabakh War of 2020. Azerbaijan sees Russia’s preoccupation with Ukraine and sought to take the maximum advantage. Armenia, which was refused Russian military aid during the recent fighting, has been under fierce Azeri pressure to recognize its territorial integrity, thus de jure renouncing its hope that Nagorno-Karabakh might be a separate entity.

Negotiations between the two sides have been encouraged by the European Union, but the signing of a peace treaty remains elusive and is likely to remain so for the foreseeable future. The EU lacks the clout to force it through, while Russia is not yet sufficiently enfeebled to be ignored. From this flows an ambiguity that is dangerous for the South Caucasus states. As peace efforts stumble, Armenia and Azerbaijan are preparing for a new round of competition, and the possibility of more fighting.

Armenia, the loser in 2020 and still badly bruised by the defeat, has just announced a 47% military budget increase for next year. There is little detail on the systems it seeks and the total of $1.2bn is still dwarfed by Azerbaijan’s $2.6bn billion defense budget, yet the trajectory is clear. As Russia is unable to prevent future escalations in the South Caucasus, Armenia has to become more self-reliant in preparation for future clashes.

The Russian inability or unwillingness to influence events is also pushing Armenia to search for a new arms supplier. It has little choice given that arms deliveries from Russia to Armenia have been delayed by nearly a year, another indication of inadequate military industrial capacity.

So step forward India. The two countries have signed an agreement worth some $245m for the purchase of Indian artillery systems and anti-tank rockets. India’s involvement might be surprising to many, but its rivalry with Pakistan, which supports Azerbaijan (and has not even recognized Armenia’s existence) is now silently spilling over into the South Caucasus.

Moreover, Armenian analysts and even politicians are now more vocal in their criticism of Russia, emphasizing the need to reconsider Armenia’s basic strategy. The Russia of 2022 is not the Russia of the 1990s, when major treaties were agreed between the two countries. It is now increasingly clear to the Armenian leadership that a defeated Russia could be a serious liability. At the heart of this reassessment is the role of the Collective Security Treaty Organization (CSTO), which failed to intervene when Armenia was under threat, and the Russian military bases on Armenian soil. Both pillars of supposed Armenian security are now crumbling.

Quite apart from Russia’s current military weakness, deficiencies in Russian efforts are also related to the Kremlin’s disingenuousness in the South Caucasus. Chaos is what Russia feeds on. Manageable chaos is even better.

Russia’s influence was flagging even before its all-out invasion of Ukraine. Turkey’s entrance into the region’s affairs is a major factor, while the EU’s re-emergence as a negotiating force has also hit Russian prestige, with every summit of Armenian-Azerbaijani leadership this year being held under Brussels’ auspices and none taking place in Moscow.

Russia is losing. It has increasingly fewer levers of influence even with its allies. And while Ukraine consumes all attention, the South Caucasus and Central Asia could be seen as a real gauge of how the Kremlin’s power is fading in the depths of Eurasia.