The Rest is Up to You 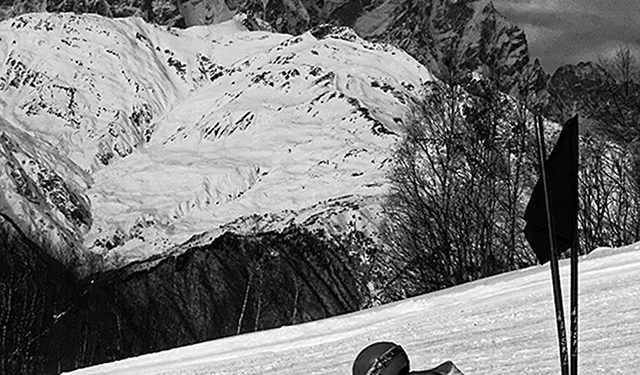 I have been contemplating what form my photos would best take when offered to anyone to buy, and looking at various online shop options as well. One of my conclusions is that I might offer only black and white images, none in color.

Although my earliest photos, which I began taking with the family’s Kodak Instamatic 126 camera when I was 11 in 1978, were all in color, a few years after that my first darkroom work (at school) was all black and white. This process allows one to use a red safe light in the darkroom, as the film and paper are not sensitive to it. Color film and paper are sensitive to all human-visible light, which means you have to work in total darkness when developing or printing: much harder. So a lot of my early work was in black and white, negatives and prints both.

I did then branch out into color, either slides or negatives, and almost all of my total body of 35mm film frames, about 11000 of them, are color. This does allow one the luxury of choice: it’s much easier to get a black and white version of a color original than the other way around, even given the proliferation of AI-powered colorizers, which take a mono original and add increasingly more faithful color to it. (The quality overall is improving rapidly).

Still, why offer only mono, with so much color work available to me, including ALL my tens of thousands of digital frames made since 2008?

It’s more an esthetic choice, governed by my preferences in the work of others, the giants who have come before me. The earliest of these had only black and white to work with, in the 19th century, including my great-great-great-great grandmother, Julia Margaret Cameron, Britain’s most famous woman photographer of that century. Her portraits of quite a few famous people of her society, using mostly window light and hand-coated glass negatives, took several MINUTES of the subject sitting stock-still. Don’t move even your eyes for three minutes, Darwin!

Ansel Adams, perhaps the world’s most famous landscape photographer ever and of course a favorite of mine, worked mostly, though not exclusively, in mono, in the middle of the 20th century. His main subject was the landscapes and still life details of America. He used large format film, up to 8 x 10 inches mostly, and developed this and printed it himself until he got too famous and busy to do so. His originals bring in huge sums today. The same, more Caucasus-locally, and earlier, with Vittorio Sella and Dmitri Ermakov. Arguably the most famous portrait of the 20th century, and the most influential, is also in mono.

Armenian-Canadian photographer Karsh was still up-and-coming when Churchill spoke at the Canadian Parliament during World War II and had his portrait taken by him. Faced with the great man’s refusal to stop smoking his cigar on request, Karsh removed it himself, then took the shot, of a rather belligerent subject (who smiled for a second frame). The glare galvanized Britain into full fighting force against the Nazis. Karsh went on to worldwide success and demand for his portraits, in both mono and color.

The thing with the world is… it’s in color, subtle or saturated, with very rare exceptions like the starkest winter scenes. Rendering it in black and white means that you are taking something away which the viewer’s eye must, or may, add back if desired. The imagination may fill in the missing hues. But it need not if it doesn’t want to. With monochrome, you are allowing composition and tone (the only remaining elements of the photo) to dominate, without the distraction from them which color can bring, drawing sometimes too much attention to itself. Try to imagine the most color-dependent images in black and white, though: a sunset. Autumn foliage. A peacock. Fruit. These and more have also most dramatically and successfully been captured as photos in only shades from black through all the grays to white; Google them if you want to. And we still gasp.

This is what I’m after in my own work.