The Georgian Who Has Witnessed Eleven Solstices 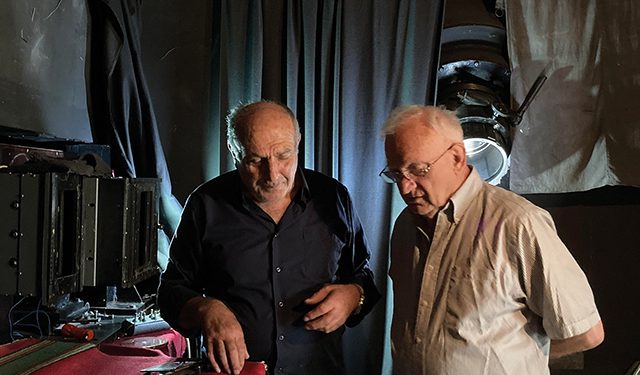 In his lifetime of 74 years, he has indeed watched 11 full solstices with his own physical eyes, whenever and wherever they were taking place around the world. Vazha Kulijanishvili, the currently active scientific researcher and second-in-command at the Abastumani Astrophysical Observatory was once told by his firmly-established three sons that it was time for him to retire and move to Tbilisi for a more relaxed lifestyle. He laughed the proposal off, having told the kids that he can’t even imagine his existence without his native Abastumani ‘astro-climate’ and his space-weathered eyesight, equipped with his beloved telescope, ceaselessly trained onto the cosmos for the last 50 years.

Batoni Vazha grew up in the salubrious woody resort of Abastumani, gorgeously located at the feet of beautiful mountains of the Samtskhe-Javakheti Region of Georgia. He proudly ushered me into his old house of childhood to tell me the long and enticing story of his turning into a solar astrophysicist. Still very young and vigorous at his solid age, he wistfully but pleasurably reminisced of all those solstices he was lucky enough to be present at in different parts of the globe in the years between 1973 and 2009: Mauritania, Mexico, Brazil, India, Turkey, Zambia, Egypt, China, and Russia on three different occasions.

The next solstice is expected to come by on the 8th of April 2024, covering two locations – Mexico and America. The guru of Georgian solar astrophysicists is getting ready to be there by all means, but he is not yet sure of the exact location he’ll be heading to, as the next full solstice line is presumed by the scholars to stream all the way from north Mexico to the south-east of the United States towards its north-east area. Meanwhile, my new friend kindly let me observe via his telescope the solar spectral alterations as well as the nocturnal lunar surface, but I was not lucky enough to say hello to Saturn and Jupiter because the sky was overcast that night.

The Georgian National Astrophysical Observatory, the first of its kind on the territory of the former Soviet Union, was founded in 1932 by Academician Evgeni Kharadze on Mount Kanobili near Abastumani, at 1700 meters above the sea. All of them, the Georgian astrophysicists, are this outstanding scientist’s and distinguished gentleman’s scholarly heirs, Dr. Vazha Kulijanisvili and his wonderful boss, the well-known Georgian astrophysicist and director of the observatory Dr. Revaz Chanishvili being among the most prominent disciples of the late Academician Kharadze. Incidentally, the Observatory administration has caringly and lovingly preserved his study in the building where the world-renowned scholar spent many years of his life.

History also has it that in 1890s, the prominent Russian astronomer Sergei von Glasenapp, a good friend and attendant to the Russian Tsar Nicholas II’s brother, spent two years in Abastumani, doing his research, which partially served as one of the prerequisites the erecting of the now famous Observatory there. The initial structures were built, telescopes installed and the first research conducted in the autumn of 1937. Those valuable observations eventually grew into serious scientific property.

Unfortunately, much of the glory and glitter of this fascinating astrophysical hub of soviet times has now vanished, but some of its splendor is still present. Suffice it to say that more than half of the equipment here belongs in the soviet-era scientific research and academic realm. Concerning the schooling part of the Observatory, there is not much to write home about. Georgian youth are not very intensively involved in the field. The reasons could be myriad and versatile, one of them being the abrogation of the once solid and influential Chair of Astrophysics at the Tbilisi State University.

Speaking about Abastumani proper, some 60-70 years ago, it was a real pearl of the country with tens of various healing centers, spas and sanatoriums hosting thousands of visitors per year. The recently bygone cruel post-soviet times of destruction and devaluation have told on almost everything here: science, education, architecture, roads, infrastructure, ant the medical service and vacation industry. The place likely needs years to be rehabilitated and billions to be pumped in to look and function at least the same way it did so many decades ago, but the good news is that there are people around who are taking care of the future of this magnificent spot on earth, including its celebrated Observatory, now resting on the shoulders of workaholic scholars and executives like Revaz Chanishvili and his right-hand Vazha Kulijanishvili.