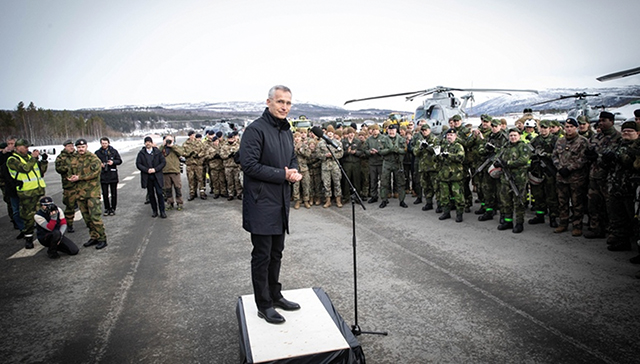 As the war in Ukraine continues towards its third month, with little hope of coming to a peaceful close soon, the rest of Europe is in a unique position. A post-Cold War defense dip has allowed many countries to enjoy a more open budget. Investment in industry and social programs have swelled while military technology and expansions leveled off or reduced. Now, Europe’s collective military and political leadership is looking east and rethinking their budget allocation.

Russia’s largely unexpected invasion of Ukraine shifted opinions. This shift potentially happened more rapidly than almost any other world event in recent decades. Along with the massive transfer of arms, money, and equipment from both public and private entities to the Ukrainian military, national defense budgets are being reconsidered.

Germany may have been one of the most prolific examples of this shift. The country has long been exceptionally frugal with its defense budget when compared with nations of similar size. However, recent statements and actions from the top display that they are beginning to pivot in a large way.
German Finance Minister Christian Lindner said in reference to the change in budgetary considerations,

“Vladimir Putin’s attack has changed the security situation in Europe.” The Federal Government of Germany has set aside €100 billion for national defense, in addition to two billion being sent to Ukraine. Berlin has openly expressed an interest in new air force fighter planes and anti-missile defense systems.

France has also begun to advance their defense budget. Emmanuel Macron defeated far-right rival Marine Le Pen to be re-elected president of France on April 24. Following this, he committed to raise the defense budget to €50 billion from €41 billion by 2025. The French Ministry of Defense has said they are seeking both battlefield technology advancements as well as additional hardware.

The Russian military has lost almost a quarter of its total fighting power to casualties, according to the CSIS. This makes many of Moscow’s threats seem hollow to many senior NATO leaders

Finland and Sweden have been signaling serious interest in NATO membership. Additionally, they too have joined the budget rally. Finland’s government has agreed to a €2 billion boost into the coffers of the Defense Ministry. Their neighbor, Sweden, also agreed to a defense budget increase.

Their Ministry of Defense said in a statement that they would begin increasing the budget: Aiming for NATO’s 2% guideline of a nation’s Gross Domestic Product (GDP) going towards defense, they said they will achieve this level by 2028. They continued, stating, “Significant increases in capacity will happen every year up to then.” Nordic neighbor Denmark agreed to reach the 2% threshold by 2033.

Poland has pledged to go above the NATO-recommended investment in defense. During a visit to the United States, Polish Defense Minister Mariusz Blaszczak said they would be raising their defense spending to 3% of their GDP. During his visit on April 20, he also signed an agreement to acquire 250 M1A2 Abrams tanks from the United States. This follows the shipment of over 240 Soviet-style tanks to Ukraine.

While these nations are not alone in their increased defense investment, it demonstrates that NATO is taking its defense seriously. This united spending effort has notably raised the global defense expenditure numbers. The Stockholm International Peace Research Institute (SIPRI) noted in late April that the world had passed the $2 trillion mark for the first time. In their report they stated, “Eight European North Atlantic Treaty Organization (NATO) members reached the Alliance’s target of spending 2% or more of GDP on their armed forces in 2021. This is one fewer than in 2020, but up from two in 2014.”

With so much investment in the European defense markets, NATO may have to make these budgetary numbers a “new normal.” In addition to the ongoing war in Ukraine, Moscow has leveled threats at other European nations. After expressing interest in joining NATO, Russia threatened Finland and Sweden when both nations announced the move together.

Eight European NATO members reached the Alliance’s target of spending 2% or more of GDP on their armed forces in 2021. This is one fewer than in 2020, but up from two in 2014

The Kremlin’s top diplomat stated that the results would trigger a response from Russia, but did not expand on what that would be. Foreign Minister Sergei Lavrov continued, saying, “the risk is serious, real. It should not be underestimated.” NATO’s Secretary General Jens Stoltenberg stated that both countries could be added to the alliance quickly, with many speculating about an accelerated pathway option.

These threats only serve to cement the decisions of NATO’s otherwise reluctant members to continue their “shopping spree” of arms and technologies. As with Poland, this frees up surplus to be sent to the front in Ukraine as a part of the continuing military aid packages. While much of this is outdated by modern standards, an old tank is better than no tank. Ukraine also has plenty of willing volunteers, as has been demonstrated.

The Russian military has lost almost a quarter of its total fighting power to casualties (including killed, wounded, missing, and otherwise unavailable), according to the Center for Strategic and International Studies. This makes many of Moscow’s threats seem hollow to many senior NATO leaders. The added benefit of the upgrades and increases in spending mean that any conflict between NATO and Russia will be costly, but short.

Indeed, herein lies the core advantage of NATO. Its increased and massed defense allows for simultaneous development internally for European countries. A safe country makes a safe place for investment, growth, and business. Russia, and its henchman Belarus, will continue to suffer internally.

From both international sanctions to internal mismanagement, the duo will have to face the fact that they will more likely be at the mercy of NATO rather than in a position of strength, because of their own decisions.