The Choice is Made – Now What? 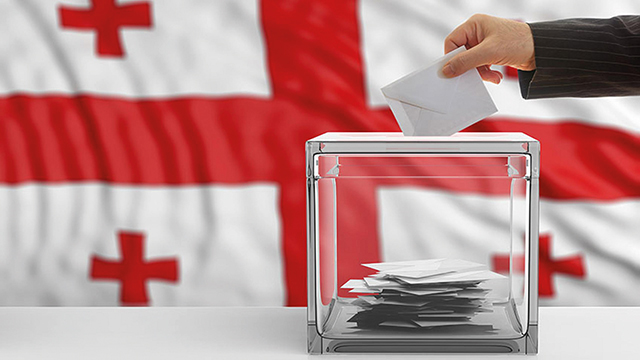 Done! Time to have an incisive look at how promising this electoral outcome might be. That the nation is split and totally polarized is not in doubt, and any discussion on the topic has been rendered totally irrelevant. Having prioritized the most salient national issues, the hottest among them seems to be what particular good ensues after the ruling party has won another election, I think the eighth in the row.

Another subject of our national headache is how not to let the extant flagrant animosity between the ruling and oppositional sides ruin the country. And the third problem stuck up our national nose is whether the remaining-in-power political force can manage to carry on building the ailing economy so well that we pay off our debts, and don’t borrow more, and let every breadwinner of this nation bring the bacon home without too much sweat and that proverbial pain in the neck.

The opposition is, of course, not prepared to recognize the results of the October 30 municipal elections- such is their nature and their perpetual political tendency! They declared the elections null and void, while the ruling party elatedly celebrated a landslide victory. Who might be the judges in this kind of a public controversy? I call it public because each side has its considerable chunk of the country’s electorate. The opposition has strengthened itself by uniting forces, and although the individual parties, comprising the amalgamated oppositional force, hate each other vehemently, they still want to be together because otherwise they will never see anything even close to victory.

Georgia needs judges to voice the final electoral verdict. The pleasure and honor in that task belong to our valuable international observers, their excellences the ambassadors, accredited in Tbilisi, and to our appreciated western friends who are in the swim of our electoral matters. I have a little observation to make here: none of these professionals should beat around the diplomatic bush as they so often do.

Diplomacy has nothing to do with the overstrained situation in this country. They have to make the clearest and the loudest comments on whether the election was fair, free, and transparent or not, and they must do this in such a stentorian voice that the entire world hears it. Auxiliary words like ‘but, though, and still’ make no sense in this particular case of electoral evaluations. The words of the observers must be straight and cutting; their attitude decidedly unhesitant; and their verdict should be final and not subject to further discourse. Anything short of this will ruin Georgia, and the observers’ shoulders will be the only place to put the blame for that ruin.

Only having made and heard that judgment will we Georgians be able to embark on a detailed deliberation of the issues mentioned at the beginning of this nervous piece. Otherwise, we will forever be plunged into public chaos, political delirium and economic debilitation. Who needs that? None of the parties – be it the current government, its opposition, or our friends in the West, or in the East either, for that matter.

Georgia cannot and should not waste any more time. We have been wasting it for thirty something post-soviet years. It is very easy to blame the revolutions, irrational changes, governments and various individuals for destroying the future of Georgia, but such incriminations have yet to yield anything good for the nation. We simply don’t let the elected governments rule; never giviving them a respite to think and actually work. My reasonable fear is that, even with our long and bitter experience, we are not ready to give each other a chance. It is so funny that the opposition wants to persuade people that their coming to power would be a panacea that would put Georgia on the right track of development. I can assure both the tellers of the story and the listeners that all of us are made of the same national clay and soul.

Our only chance is to finally grant a mandate and an opportunity to the elected government.
Dear Observers, please give us that chance. Just say frankly, forthwith, openly, and at full volume – what kind of an election was that?