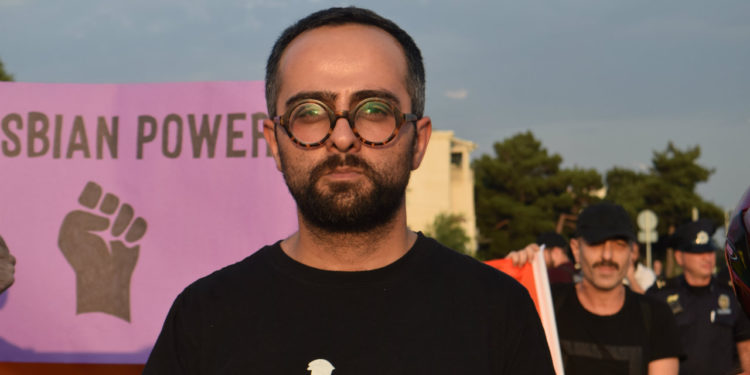 The head of Tbilisi Pride, Giorgi Tabagari, stated he believes the State Security Services might have assisted the violent counter-protesters on July 5.

Tabagari wrote on Facebook that the group had privately changed the location of the Pride March five times during the day. However, the information still leaked and anti-Pride protesters got to the locations ahead of them every time.

“We changed the location five times during the day. Still, they had arrived everywhere ahead of us. They even threw something explosive in one of the buildings (where Pride participants were gathered).

“How? How could these people mobilize so effectively without the help of the State Security Service and the state?!”, Tabagari wrote.

Reated Story: Patriarchate: Responsibility Should be Placed First of all on Tbilisi Pride Organizers