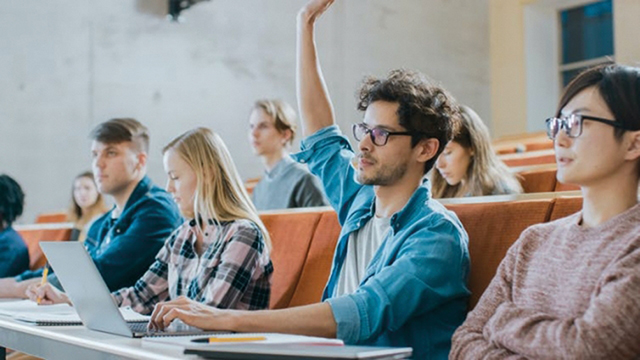 Considering the current economic crisis and financial difficulties aggravated by the global pandemic, Tbilisi City Hall has decided to finance tuition fees for 1000 more socially vulnerable students in the scope of a support program for socially vulnerable and successful students, Mayor Kakha Kaladze announced at today’s sitting of the municipality.
“We won’t leave anyone struggling. Educating the young generations is a priority for us. Since 2015, City Hall has been financing the tuition fees of socially vulnerable students whose rating score is 70,000 or less, and who study in authorized private or state universities. Now we decided to increase the number of beneficiaries: socially vulnerable students who are members of registered vulnerable families in Tbilisi and whose rating score is 150,000 or less will receive funding. As a result of this initiative, tuition fees of up to 1000 more students will be financed by City Hall,” he said.
Further, City Hall plans to double the number of students studying for a Master’s who receive semestral financial incentives. As a result, 600 students will receive such financial incentives annually.
“Currently, 300 Master’s students are being funded. After the change, more than 600 students will be funded. Students who receive 100% funding will receive financial incentives on their personal accounts. Also, another higher education institution will be added to the list of universities included in the program – the State Teaching University of Physical Education and Sports and its master’s degree,” Kaladze noted.
The students of the Doctor’s Program academic degree registered in Tbilisi whose social points number 70,000 or less will be financed within the framework of the sub-program of Tbilisi Municipality City Hall of supporting socially unprotected and successful students.
The maximum amount of funding is 2,250 GEL, 1125 GEL per semester. Funding for socially vulnerable students is issued twice per year, taking into consideration the academic performance of each student and their rating score in the database of socially vulnerable people.
Detailed information regarding the funding is available at Tbilisi.gov.ge