Taking Stock of Recent Developments in the South Caucasus. Part 2 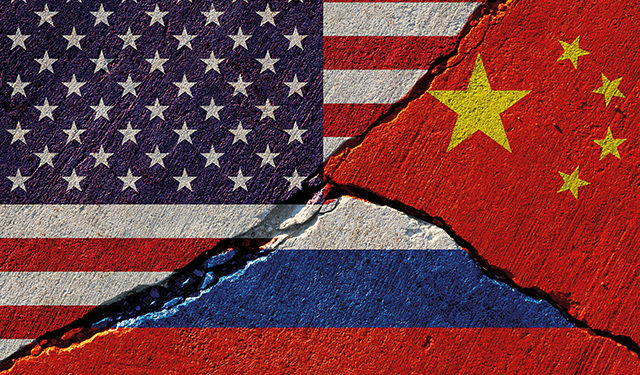 Following the Second Karabakh War, there are ongoing talks about restoring the Soviet-era railways from Azerbaijan to Armenia, from Armenia to Azerbaijan’s Nakhchivan. Those links will allow Russia and Iran to have a direct link to each other. Turkey pursues its own railway project to Azerbaijan’s exclave. Still Iran is interested in a faster direction to Russia. The line from Iran to Russia via Azerbaijan could serve this purpose, but it is still under development. The second option for Iran is a northward route to Armenia and Georgia, which could lead to potential resumption of talks on the Abkhazian railway section. However, economic sustainability of and legal problems related to this project remain highly divisive subjects questioning the prospects of the projects.

Within the light of changing connectivity lines, the growth of Russian and Turkish power in the South Caucasus, it is interesting how the US reacts to this new geopolitical context. With Georgia, the United States has an important partner in the region. This is underlined not only by the pro-Western nature of the country, but also by the fact that the location of Georgia is such that it allows the United States to reach out to the Caspian basin. In other words, Washington understands that without Georgia, America will practically lose its ability influence the heart of Eurasia.

At the same time, Georgia’s role in US foreign policy has not yet been made a top priority.
This was seen in the way the US reacted to the Second Karabakh War. The conflict showed that the collective West needs to be more active in its positioning towards the region overall, and Georgia in particular. Indeed, there were reasons for the Western procrastination, with the conflict coincided with the US presidential election and subsequent change of administration. The signals coming from Washington at the moment are different from what we had during Trump’s presidency: in the coming years, Georgia will perhaps be seen more often as a part of the political game between Russia and the United States.
Biden’s government will be much more principled towards Russia. This will be expressed primarily by raising the issue of the liberation of the occupied territories of Georgia. Attempts to establish closer military and economic contacts between Washington and Tbilisi may also be expected.

However, to avoid unnecessary over-expectations, it must be said that, like under Trump, Biden’s foreign policy will be more focused on China. Russia’s role in this global conflict will be also significant as both powers, China and the United States, will try to “dissuade” Moscow from joining either of the other sides. This explains Moscow’s decade-long desire to pursue a multi-vector foreign policy. Against this background, it is in the US interest to weaken the burgeoning Sino-Russian rapprochement, which could potentially be done by finding common ground with Russia on a variety of issues. The point is that in the longer term, American politicians could be in favor of reaching a certain rapprochement with Russia to limit the latter’s tilt towards China. Perhaps some inspiration could be drawn from the model used by Henry Kissinger in the 1970s to break up the Sino-USSR nominal alliance.

And this is where the issue of Georgia is important. Could Georgia be part of a great geopolitical trade-off between larger powers? Of course, there are many fundamental differences between the US and Russia today that cast doubt on even limited rapprochement between the two countries. But in analytics, we have to try and re-try all possible trends, even if at this particular moment changes seem unlikely.

Looking ahead, it is possible that the US will not try to further strain relations with Russia by advancing Georgia’s membership hopes in NATO. Instead, however, it would be considered as substantial progress if the US concludes a free trade agreement with Georgia, and strengthens military ties through exercises and the transfer of critical military equipment for defense. Joint work on advancing Georgia’s air-defense sector could be yet another sphere for bilateral cooperation.

China will be another important component of the US policy towards Georgia. In recent years, Georgia has been increasingly viewed by Washington in the context of a global competition with China. Washington will try to minimize China’s attempts to wedge itself into Georgia’s infrastructure, be it in ports or railways. The recent US-Georgia memorandum of understanding on deployment of 5G internet is one example of how the US attaches larger geopolitical importance to Georgia in its global contest with China. 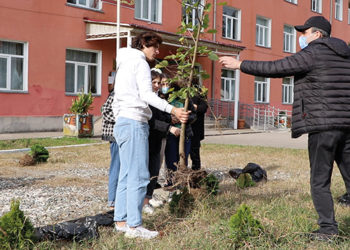