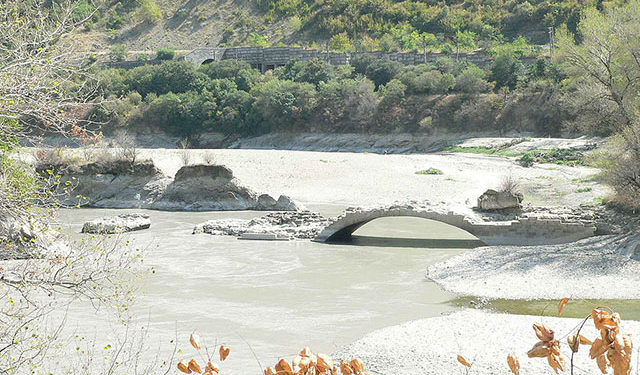 The opening of floodgates at a Soviet-era hydroelectric dam north of Tbilisi has lowered the waters of the Mtkvari River, exposing a bridge across an ancient crossing point for archaeologists to study, Radio Liberty reported.

The remnants of the bridge are usually submerged and invisible beneath the surface of the river.

“We have unveiled the Pompey Bridge with its various time layers and we have up to 72 hours to take the first steps, for example, to remove the plants from the monument that damage the stone with their roots, and allow archaeologists to carry out preliminary work,” Culture Minister Tea Tsulukiani told the media.

She thanked the private company for the successful cooperation, which was reflected in the fact that the water level in this area was lowered for several days and the bridge was unveiled. Minister Tsulukiani said that larger-scale works on the bridge, including its conservation, are planned in the future.

Pompey’s Bridge, or the Magi Bridge, is an ancient Roman bridge located in the Mtskheta-Mtianeti region of Georgia. The bridge was built during leading Roman General Pompey’s campaign in Iberia and Colchis which took place in 65 BC.

It played an important role in the trade development in this territory, historical sources say.

The bridge was inscribed as a UNESCO World Heritage Site in 1994 as part of the historical monuments of Mtskheta. 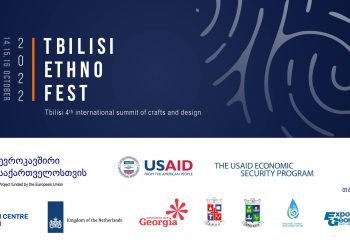 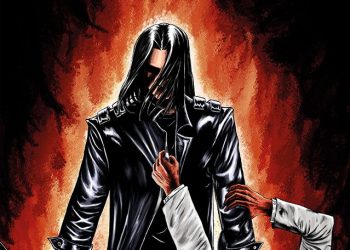 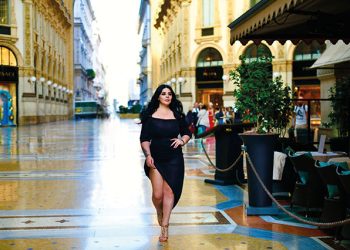